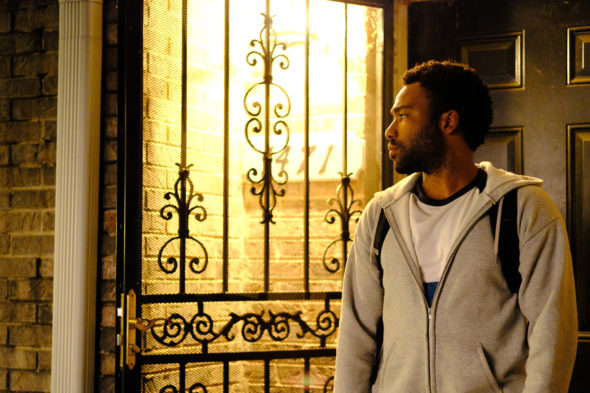 The second season of Atlanta averaged a 0.33 rating in the 18-49 demographic and 639,000 viewers. Compared to season one, that’s down by 25% in the demo and down by 28% in viewership. Find out how Atlanta stacks up against the other FX TV shows.

Though the ratings have been much lower than last season, I suspect FX will still renew this series for a third season. I’ll update this page with breaking developments. Subscribe for free updates on any Atlanta cancellation or renewal news.

What do you think? Are you glad that the Atlanta TV show has been renewed for a third season? How would you feel if FX had cancelled this TV series, instead?

Season one aired in the fall. This season is going head to head with the NBA playoffs. I think in that context they’re ok with the dip. It’s even more culturally relevant this year and will likely win even more awards.