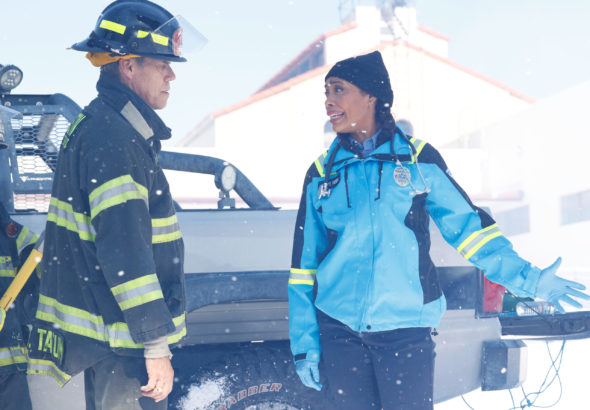 9-1-1: Lone Star returns to FOX for its third season in January and two actors from Angel will guest on the drama. Amy Acker and Julie Benz, both veterans of the 1999-2004 vampire drama, will appear in episodes of the series, per TV Insider.

Benz will appear in the third season premiere of Lone Star and plays “Sadie, an artist and outdoors woman with the humility and wonder of a naturalist but the swagger and brass of a native Texan. She’s in the cabin next to Owen’s in the hill country.”

“Sadie is there for this first adventure [of the ice storm hitting Austin], and she absolutely could come back at some point. Owen and Sadie are not really a romantic coupling so much as two formidable self-assured people who find each other in a moment of crisis.”

As for Acker, she plays “Catherine, the chief of staff to the governor of Texas.” Owen and Catherine will have a ‘sexy and fun’ dynamic. She will appear in multiple episodes of season three starting with episode five. Minear said the following about her character:

“She’s in the political world in sort of a rarified space. She’s somebody who will come into Owen’s orbit.”

What do you think? Are you excited about the return of 9-1-1: Lone Star on FOX next month?

I have been waiting since season 2 finale for this. Thanks for bringing it back

Is a geat show glad it is returning!!

It will be fun to see Amy Acker on the series.