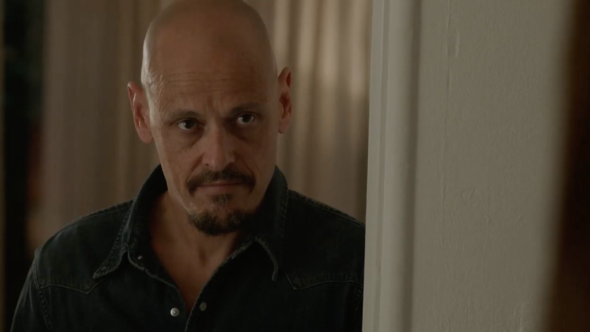 Ray’s story is coming to a close. FX has announced that season three of the Mr Inbetween TV series will launch on Tuesday, May 25th. There will be nine episodes this time around and those will wrap up the series. A fourth season isn’t planned.

A gritty comedy-drama series from Australia, Mr Inbetween was created by its star, Scott Ryan. The series also stars Damon Herriman, Justin Rosniak, Brooke Satchwell, Jackson Tozer, Nicholas Cassim, Chika Yasumura, Edmund Lembke-Hogan, and Matt Nable. In the series, Ray Shoesmith (Ryan) has many roles — as a father, an ex-husband, a boyfriend, a caretaker to a sick brother, and a best friend. His life is further complicated because Ray also happens to be a criminal-for-hire. In season two, Ray’s work and personal life collided and he struggled to keep both of them from imploding.

Here’s the announcement from FX, including details about the third and final season:

Nine-Episode Third Season Will Premiere Tuesday, May 25 at 10pm ET/PT on FX and Stream the Following Day on FX on Hulu

Created By, Written and Starring Scott Ryan and Directed by Nash Edgerton

LOS ANGELES, April 15, 2021 – FX today set the premiere date for the third season of Mr Inbetween, the half-hour series created by, written and starring Scott Ryan and directed by Nash Edgerton. The nine-episode third season, which will be the series’ final season, will premiere on Tuesday, May 25 at 10pm ET/PT on FX and be available to stream the following day on FX on Hulu. The premiere will include the first two episodes, with one new episode airing each subsequent week.

Juggling parental responsibilities, complicated relationships, a viciously smart pre-teen daughter and an aging parent while earning a living would be difficult for anyone, but it’s particularly tricky when you’re a criminal for hire.

Ray Shoesmith (Scott Ryan) ‘takes care of people’ – collecting debts, relieving them of drugs and guns, and often taking care of them on a more permanent basis. Ray demands respect and does not tolerate others disregarding his very clear code of ethics. As Ray’s increasingly volatile work collides with his imploding personal life, he finds himself struggling to stay atop the complex web he has woven.

In season three of Mr Inbetween, Ray’s world has contracted. Family life looks a little different as he quietly mourns the loss of Bruce, while figuring out how to care for his aging father, Bill (Kenny Graham). As Brittany (Chika Yasumura) grows into a young woman, she draws further away from Ray and comes closer to discovering the truth about who he really is. Things seem good with Gary (Justin Rosniak) and Dave (Matt Nable), however since severing ties with former boss and confidant Freddy (Damon Herriman), Ray is working freelance and feeling a sense of isolation. With business booming, a new connection with criminal kingpin Rafael (Jeremy Sims) intensifies Ray’s struggle and when sparks fly with new colleague Zoe (Emily Barclay), an unexpected tragedy makes Ray question both his career trajectory and his ethics.

Fellow underworld figures dub Ray ‘The Magician’ for his uncanny ability to make things disappear. As his family crumbles, emotions rage and violence escalates, the blood on his hands may finally cause the magic wand to slip.

The series is executive produced by Nash Edgerton, Scott Ryan, and Michele Bennett. The series was shot in Australia and is produced by Blue-Tongue Films and Pariah Productions in association with FX Productions.

About FX
FX is comprised of the networks FX, FXX and FXM, the video on-demand app FXNOW, and the streaming hub FX on HULU that features exclusive FX series, next day access to current FX and FXX series, and FX Networks’ library of legacy series. FX on Hulu exclusive series include Devs, Mrs. America, A Teacher and the upcoming The Old Man, Y: The Last Man, American Horror Stories and Fleishman is in Trouble. FX, the flagship general entertainment basic cable channel, launched in June of 1994 and is carried in 86 million homes. The diverse schedule features a growing roster of critically-acclaimed and award-winning hit drama series including Pose, Snowfall, Mayans M.C., and Taboo; the critically-acclaimed limited series American Horror Story, Fargo, American Crime Story, FEUD, Black Narcissus and the upcoming Shōgun and Pistol; acclaimed hit comedy series including Atlanta, Better Things, What We Do in the Shadows, Breeders and the upcoming Reservation Dogs; the half-hour series Mr Inbetween and the Untitled B.J. Novak Project; a slate of docuseries and documentary features, including The New York Times Presents, The Most Dangerous Animal of All, AKA Jane Roe, A Wilderness of Error, Hip Hop Uncovered and Hysterical; and the FX Original Movie A Christmas Carol. FX is the former home of the critically-acclaimed and award-winning hit drama series The Shield, Nip/Tuck, Rescue Me, Damages, Sons of Anarchy, Justified and The Americans. The network’s library of acquired box-office hit movies is unmatched by any ad-supported television network. FXX, the newest network, launched in September 2013 and is carried in 82 million homes. Geared towards a young adult audience, the schedule features original series, movies, and acquired series. The channel is anchored by the acclaimed hit comedies It’s Always Sunny in Philadelphia, the Emmy(R) Award-winning comedy series Archer, DAVE and Cake, a weekly showcase of short-form comedy programming. FXX is also the cable home to The Simpsons, the longest-running comedy in TV history. FXM was launched in October of 1994 and is now carried in 57 million homes. Its schedule features classic films during the day (FXM Retro), contemporary box office hits and acclaimed, award-winning films, and short-form award-winning original programming in the evening.

What do you think? Do you enjoy the Mr Inbetween TV series on FX? Are you sorry to hear that there won’t be a fourth season?

Great show…sorry to see it end.

This is my most favorite show! Scott Ryan will be missed as Ray. This talented man is a pro at all things cinematic. Please develop another show, Scott and please also star in it.

We are so sorry to see that mr. In-between has been cancelled! Sad loss because it was genuinely unique and different from anything we have watched on television. We really love the series!!!

THE SHOW IS GREAT. I LIKE HOW IT COMBINES THE DIFFERENT SIDES OF RAY, AND THAT IT COMBINES COMEDY WITH SOME ACTION AND VIOLENCE. BRING BACK MORE SERIES

Please bring back Mr. In between! Best show EVER! WHY cancel the only good show.uuughh! Love Ray!

Why take it off? We always set and enjoy the show. We drank and had so much fun. It was a special show we could talk about and relate to just a great show. Bring it back.

Love this show! Bring it back…

Thank you. Well done. It was a very enjoyable 3 years. Thanks for sharing your talent and story. You’ll be a tough act to follow. The last scene….the smile.

I can’t believe they are canceling this show I loved it great characters great stories and they left it with a cliffhanger not fair. Why do they always cancel the good shows

I adore the Mr. Inbetween series. I DO NOT want to see her Scott Ryan go away. He must star in something else, at the very least!

I love this adult show, it’s down to earth, violent and nothing woke about it,what a lovely change.

I absolutely love the show . I hate to see it go . I love Ray and everything he stands for , I also am big on respect which so many people seem to lack .I am very sad to see it go cuz I wait all week to see the next episode actually it’s my favorite program next to the Vikings

I have a fever, and the only thing that’ll cure it is more Shoesmith.