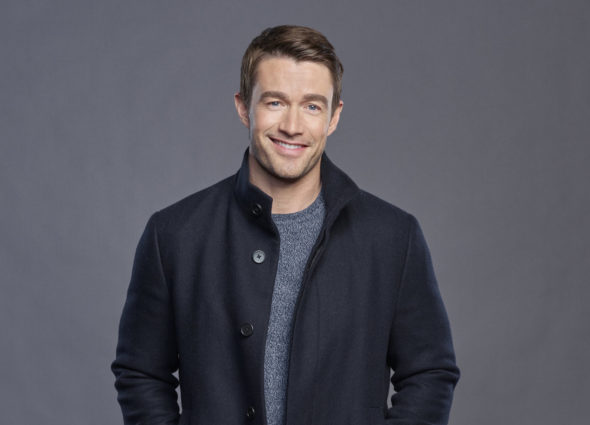 Robert Buckley (above) is moving to Chesapeake Shores. The iZombie actor is joining the fifth season of the Hallmark Channel drama as original series star Jesse Metcalfe is departing. In addition, veteran TV writer/producer Phoef Sutton is taking over the series’ reins as showrunner for year five which will debut on Sunday, August 15th.

“We are thrilled to bring back ‘Chesapeake Shores’ for a long-awaited fifth season with Phoef Sutton’s brilliant voice leading this new chapter for the O’Brien family,” said Michelle Vicary, EVP Programming. “As for Robert Buckley joining the cast, he has been part of the Hallmark family for years, most recently he starred in and produced ‘The Christmas House,’ and I know that the show’s fans will thoroughly embrace him in this new role.”

“Throughout my career, I’ve sought out shows with truly character-driven storytelling, where the drama or the humor comes from everyday moments,” says Sutton. “I’ve been a longtime fan of ‘Chesapeake Shores’ for that reason. The O’Briens are a television family you look forward to spending time with and a huge part of that is the chemistry of its talented cast. I’m looking forward to working with them and, together, producing an exciting new season for viewers to enjoy.”

“Chesapeake Shores” explores the lives of the O’Brien family, after the homecoming of eldest daughter Abby O’Brien (Ory), a high-powered career woman and divorced mother of two. Over the past few seasons, Abby has leaned on her family to strike a balance between her professional and personal lives. This season will see her coming into her own as her father Mick’s (Williams) new business partner and facing a new challenge when Evan McKenzie (Buckley), a successful, young entrepreneur brings a new development project into town.

“Chesapeake Shores” seasons one through four are currently available for streaming on Hallmark Movies Now.

What do you think? Do you enjoy the Chesapeake Shores TV show? Are you looking forward to watching season five on Hallmark Channel?

WONDERFUL show!!!! I’m a real lover of this show and am so looking forward to season 5 although Jesse Metcalf will be missed.

I really like Jessie. I cannot believe he is leaving. They just put them back together! I love this show, abs can’t wait for its return!!!

Enjoyed every moment of the 4 seasons. Waiting in anticipation for season 5.

Have loved this series especially with Aby & Trace. Really sorry Jessie Metcalfe is leaving. He will be sadly missed and leave a hole in the programme. It’s been a great storyline and I hope it carries on this way!

Oh no! I’m going to miss seeing Jessie Metcalfe on this show! I always hoped Meghan Ory and him would find a way to get back together.

I am delighted the show is continuing

Great show. So much fun seeing places I’ve been to. Love Treat Williams! He’s why I started watching. Never really saw any chemistry between the lead actors, Meghan and Jesse. I hope to see it happen when Robert Buckley starts. Love brendan penny. Great actor. So excited that filming can commence. A fantastic show. Kudos to all the fine actors. Congrats to all!