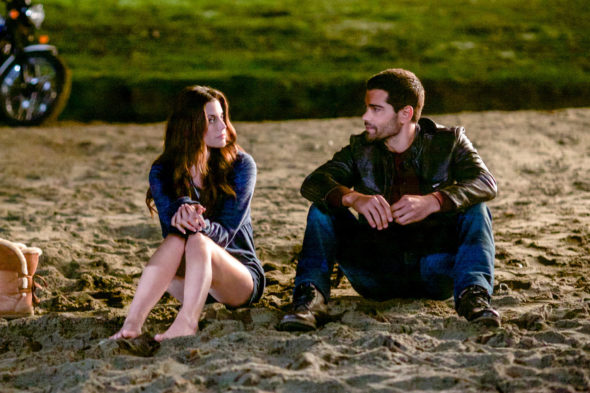 Production is getting underway on the fifth season of Chesapeake Shores in Canada, and it will air on Hallmark Channel later this summer. However, Jesse Metcalfe (above, right), the leading man of the series, is exiting the show during the upcoming season, per Deadline.

Hallmark Channel said the following about Metcalfe’s departure from Chesapeake Shores in a statement:

“A new season of Hallmark Channel’s highly popular scripted series, Chesapeake Shores, is returning this summer. Jesse Metcalfe, who plays Trace Riley, has decided to leave the show. His character’s storyline will wrap up early in Season Five.

Jesse is a valued member of the Crown Media family; we look forward to continuing to work with him on projects, including original movies on Hallmark Channel, as well as his Hallmark Movies & Mysteries’ movie series, Martha’s Vineyard Mysteries, the next installment of which premieres on May 16. In addition, we are currently in development on another movie in the series.”

An exact premiere date for season five of Chesapeake Shores has not been set.

What do you think? Are you surprised to hear about Metcalfe’s departure from Chesapeake Shores? Do you plan to watch the fifth season of the Hallmark Channel series this summer?

I am definitely not happy that Jesse Metcalf is leaving Chesapeake I don’t believe it will be as good with out him. I have read he left because of his story line wasn’t what he wanted it to be. What was going to happen for him and Abby that made him unhappy? I feel this will be the last season for this show,sadly.

I’ve watched every season of CS mainly because of Jesse. I’d seen him in a few other shows but his role in Chesapeake Shores kept me tuning in. I will watch Season 5 until he leaves. I won’t watch it anymore after that happens. Hallmark continues to give me reasons to watch another network.

Really sad that Jesse Metcalfe is leaving the show. He will be so, so missed!!

Jesse leaving, on his own, not buying it. I don’t believe much that “they” tell us anymore. I will watch up to when he leaves and see how they handle yet another flipped romance. Hallmarks new MO it seems.

I am sorry to say Jesse leaving I probably won’t be watching it anymore.But I hope the show continues to continue to have the raitings .

“Leaving”? Why does that feel less than true?

I love Chesapeake Shores. Sorry to see Jesse leave but looking forward to watching it again! I’m glad that he’s in another movie series because he’s a very good actor.

I have become so addicted to Chesapeake Shores and love the storyline of Trace and Abby and will greatly miss handsome Jesse : his supurb acting and his country music. So I am relieved and very thankful he is still an integral member of the Hallmark Family.

Why would he leave a popular show which he is a main character in only to go and do other Hallmark projects. Doesn’t make sense. I love his and Abby’s story and I love his music. Won’t be the same without him. I hate when this happens.

Really,really sorry Jesse is leaving just as the story was getting back to the way we wanted it; Abi and Trace were made for one another and I’m not sure the interest will be quite the same with him gone!

I am sorry to say Jesse leaving I probably won’t be watching it anymore.But I hope the shell continues to continue to have the raitings .

I love this series, and will be very sad to see Jesse leave.