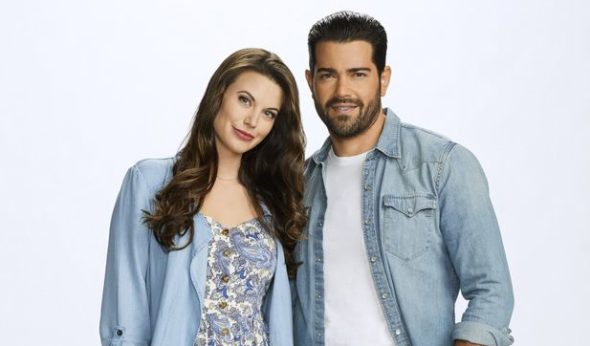 Hallmark has announced the cable channel is officially returning to Chesapeake Shores. The channel has confirmed that the show has been renewed for a fifth season. Season five will consist of 10 episodes and is expected to air during Summer 2021. Season four had just six installments.

The fourth season of Chesapeake Shores — which finished airing in September 2019 — averaged a 0.18 rating in the 18-49 demographic with 1.70 viewers in Live+same day viewing. Compared to season three, that’s down by 15% in the demo and up by 8% in viewers. In times when more and more people are watching television on demand or via streaming services, Chesapeake Shores’ increase in live viewers is impressive.

Here are two announcements from Hallmark Channel regarding the fifth season renewal:

Production was scheduled to get underway earlier this year but it’s unclear how much or if any filming took place before the COVID-19 pandemic shutdown. According to ET, production will resume later this year.

Of the renewal, Metcalfe says, “Chesapeake Shores has been such a fulfilling, creative journey for me and a bona fide hit for the Hallmark Channel, as well as finding new audiences around the world. Our superfans call themselves ‘Chessies,’ and I know how invested they are in these characters. That’s why I’m excited to let them know that we’ll be back with all-new episodes next summer.”

Michelle Vicary, Executive Vice President of Programming and Network Publicity at Crown Media Family Networks, said in a statement, “Over the past four seasons, viewers have devotedly followed the journey of Trace and the O’Briens, as they have learned to overcome their differences to find strength in family and in love. Chesapeake Shores’ compelling stories have been consistently made real by one of the best casts on television today. We are excited for their return and for viewers to experience a new chapter for these characters.”

What do you think? Do you watch Chesapeake Shores on Hallmark Channel? Are you excited for season five?

Love the show but Tracy and Abby deserve a chance to be happy. Not sure I will watch without Jess on there.

Can’t wait! I love this show!

Can’t wait for the return of Chesapeake Shores. It was one of our favorite evening shows.

So looking forward to Season 5 and the new love interest for Abby.

I was looking for something to take my mind off of Covid so I watched the first episode online. WOW, I binged all of the seasons. This is a very real and beautiful show. I’m so glad to know the series will be returning. I look forward to seeing.

I am so excited to hear we are getting a 5th season!!! I honestly can’t wait! Counting down the days to see the O’Brien family and Trace. 🙂

I am excited to hear Chesapeake shores is back

I am so excited I can’t wait I love this show great cast please keep it going.

We are so happy and pleased that Chesapeake Shores is coming back awesome awesome show please continue the series on not to ever end. Such a long wait, but it’s well worth the wait anticipated to see it. Not lock the show I just started watching it this year when I saw that it was canceled in 2016 that was 4 years ago thank goodness you are continuing the seasons.We Love all the Hallmark shows please continue to keep them all.Know my husband is hooked on Hallmark .Thank you very much.

I love Chesapeake Shores, its wholesome, uplifting, no curse words, no sex scences. Perfect for children. Thank you so much! Can’t wait til 5th season!

Omg, I’m addicted. I never want this show to end.

I have just finished binge watching season one through four and cannot wait for season 5! This is such a heartwarming show of family love and trials. I can hardly wait for season 5 to begin to watch how the family progresses!! Thanks Hallmark!