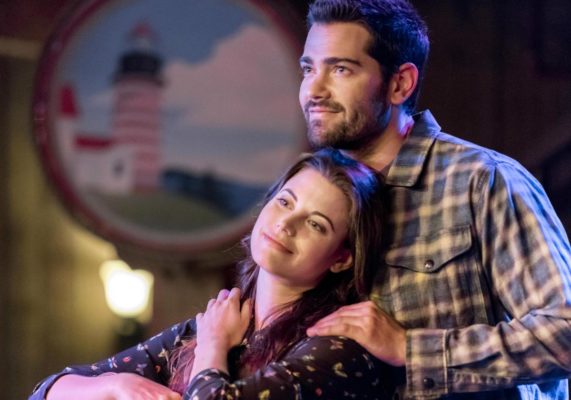 Fans of Hallmark Channel’s Chesapeake Shores TV show can rest easy — at least for the moment. The cable channel has announced that the dramatic series has been renewed for a fourth season. However, there will be just six episodes this time around whereas the previous three seasons have all had 10 hours apiece.

Could this be a sign that the show is being brought to a conclusion? Possibly but, Hallmark has also announced their plans for a spin-off movie.

Season four of Chesapeake Shores will debut this summer. Here’s the press release:

Hallmark Channel announces it has renewed the network’s hit, original series “Chesapeake Shores” for a fourth season. Airing on Sunday nights at 9 p.m. ET/PT, “Chesapeake Shores” was one of Hallmark Channel’s most-watched original series and joins the network’s other primetime scripted shows as a top five-rated series on Sunday nights. Production on six episodes for season four is scheduled to commence this year for a season four premiere Summer 2019. The announcement was made today as part of Crown Media Family Networks’ bi-annual Television Critics Association Winter Press Tour.

“Viewers have found a home in their hearts for ‘Chesapeake Shores’ and have consistently made it a top performing show year-after-year,” said Michelle Vicary, Executive Vice President, Programming and Network Publicity, Crown Media Family Networks. “We look forward to further exploring the show’s heartfelt and compelling storylines as characters navigate the complexities of life and love,” Vicary concluded.

The multi-generational family drama “Chesapeake Shores” follows Abby O’Brien (Ory), a high-powered career woman, divorcee and mother to two daughters, as she adjusts to life back in her hometown of Chesapeake Shores. Abby now balances a budding relationship with her former high school sweetheart, Trace (Metcalfe), working for a firm that does business with her uncompromising father Mick (Williams) and raising her children. Returning to her hometown means engaging in the lives of her siblings: Jess (Mailey) a free-spirit trying to succeed as a bed and breakfast owner; Bree (Ullerup), a playwright who buys a bookstore in Chesapeake Shores after moving back home from Chicago; Kevin (Penny), a soldier adjusting to civilian life and new romance; and Connor (Francis), a new lawyer establishing his professional career. Having returned to Chesapeake Shores shortly after Abby, the O’Brien’s once-estranged mother Megan (Niven) strives to reestablish relationships with Abby and her siblings, though the O’Brien clan primarily looks to its wise grandmother Nell (Ladd) for guidance.

What do you think? Do you like the Chesapeake Shores TV show? Are you glad that it’s been renewed for a fourth season? Should season four be the end?

Chesapeake Shores and it’s cast is one of my favorites. I never miss it. Please consider expanding the episodes to 10.

I want to have at least 3 more seasons of Chesapeake Shores , starting 2020 and going for 3 more years!