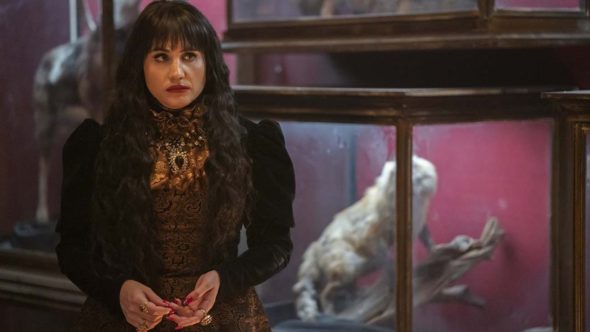 An FX supernatural comedy series, What We Do in the Shadows stars Kayvan Novak, Natasia Demetriou, Matt Berry, Mark Proksch, and Harvey Guillén. Based on the feature film by Jemaine Clement and Taika Waititi, this TV show follows the nightly exploits of a group of vampire roommates — Nandor (Novak), Nadja (Demetriou), Laszlo (Berry), and Colin Robinson (Proksch) — as they navigate the modern world of Staten Island with the help of their human familiar, Guillermo (Guillén). In season two, the vampires try to find their way in a world with human Super Bowl parties, internet trolls, an energy vampire, as well as all the ghosts, witches, necromancers, zombies and shadowy cloaked assassins who roam freely in the Tri-State area. Is Guillermo destined to be a vampire or a vampire hunter?