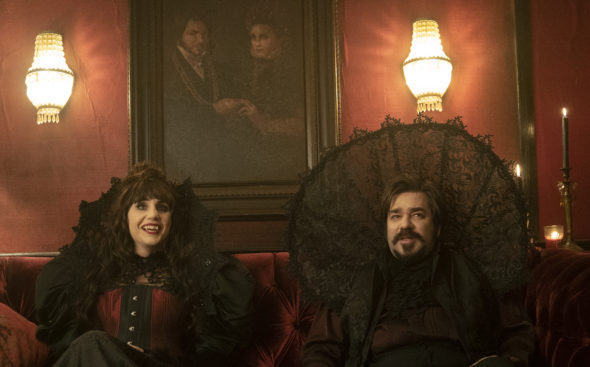 A supernatural FX comedy, What We Do in the Shadows stars Matt Berry, Kayvan Novak, Natasia Demetriou, Harvey Guillén, and Mark Proksch. From creator Jemaine Clement, and based on the 2014 feature film from Clement and Taika Waititi, the documentary-style series (i.e. mockumentary) centers on a pack of vampires on Staten Island, who have been tasked with dominating the New World.

*5/7/19 update: FX has renewed What We Do in the Shadows for a second season.

Awesome that Mark Hamill will guest staring in season two!

I forgot to say that I like this kind of humor, very much.

Were off to a good start ! Keep it coming. Hope the show does well. Ill keep watching.