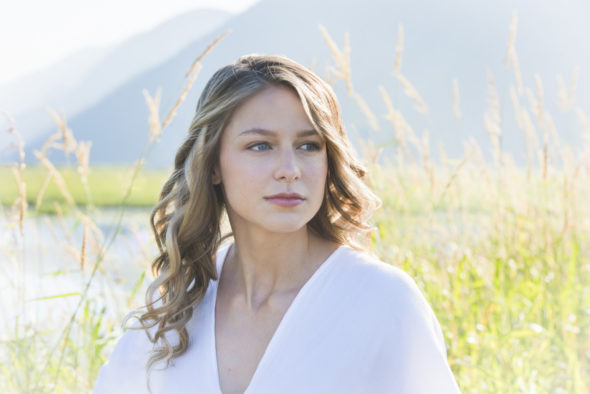 Will the third season of the Supergirl TV show on The CW prove to be Kara’s Kryptonite? As we all know, the Nielsen ratings typically play a big role in determining whether a TV show like Supergirl is cancelled or renewed for season four. Unfortunately, most of us do not live in Nielsen households. Because many viewers feel frustration when their viewing habits and opinions aren’t considered, we’d like to offer you the chance to rate all the Supergirl season three episodes here.

A DC Comics-inspired action-adventure drama airing on The CW television network, Supergirl stars Melissa Benoist, Mehcad Brooks, Chyler Leigh, Jeremy Jordan, David Harewood, Calista Flockhart, Chris Wood, Floriana Lima, and Katie McGrath. The series centers on Kara Zor-El (Benoist), the cousin of Kal-El, i.e. Superman (Tyler Hoechlin). To remain safe from Krypton’s destruction, Kara grew up on Earth as Kara Danvers, a human. For years, she kept her powers a secret. Now, as an adult, she works at CatCo Worldwide Media and also for the Department of Extra-Normal Operations (DEO), a super-secret government organization whose mission is to keep National City – and the world – safe from sinister threats.

What do you think? Which season three episodes of the Supergirl TV series do you rate as super, stinky, or so-so? Should The CW cancel or renew Supergirl for a fourth season? Don’t forget to vote, and share your thoughts, below.

This show was really good in the first two seasons, then it started to crumble. My favorite characters are now gone from the show – Cat, Maggie, and Winn……

I watch every episode 2 or 3 times: Fort Rozz 5 times at least. The time goes by too quickly on each episode.

This ALSO better not be canceled I love this one too!!!

I wish supergirl be number one and best

I have watched Supergirl from the first. Keep it on. It is a great show.

I love supergirl and want season 4

Renew Super Girl. My girls and I enjoy it so much. It’s the only reason we watch the CW. We have enjoyed the episodes with the other shows since we had never seen those shows before.