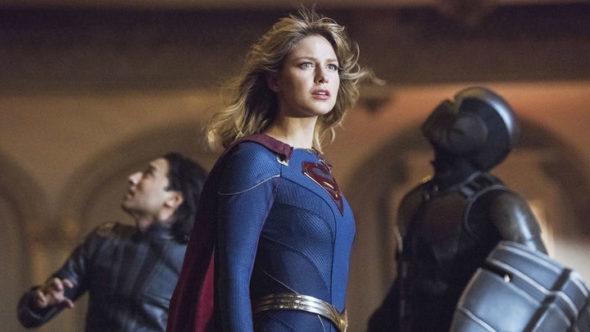 The lady of steel will keep on fighting in the 2020-21 season. The CW has given an early sixth season renewal for the network’s Supergirl series. Paired with Batwoman, the superhero show airs on Sunday nights.

Supergirl stars Melissa Benoist, Chyler Leigh, David Harewood, Katie McGrath, Jesse Rath, Nicole Maines, Julie Gonzolo, Azie Tesfai, Andrea Brooks, and Staz Nair. Based on the DC Comics character, the series centers on Kara Zor-El (Benoist), the cousin of Kal-El, i.e. Superman (Tyler Hoechlin). To remain safe from Krypton’s destruction, Kara grew up on Earth as a human named Kara Danvers. For years, she kept her powers a secret. Now, as an adult, she works at CatCo Worldwide Media and also for the Department of Extra-Normal Operations (DEO), a super-secret government organization whose mission is to keep National City – and the Earth – safe from sinister threats as costumed crusader Supergirl. In season five, National City becomes enthralled with addictive virtual reality technologies created by CatCo’s charming-but-secretive new owner, Andrea Rojas (Gonzalo). As Kara uses the power of the press to try to expose this danger, she must contend with challenges from rival reporter William Dey (Nair), renegade Martian Malefic J’onzz (LaMarr), a shadowy organization called Leviathan, and the shocking return of Lex Luthor (Jon Cryer) who, in addition to his plot for world domination, seeks to claim the soul of his sister Lena (McGrath) who is also Supergirl’s best friend.

The fifth season of Supergirl is averaging a 0.28 rating in the 18-49 demographic and 1.01 million viewers in the Live+same day ratings. Compared to season four, that’s down by 20% and 17%, respectively. Of the CW shows that have aired this season, Supergirl is in fourth place in the demo and total-viewer rankings.

Season five of Supergirl will resume on January 19, 2020. Season six will likely launch in the fall.

What do you think? Do you like the Supergirl TV show? Are you glad to know that it will be returning for a sixth season?

Supergirl is something of a guilty pleasure for me. It’s the only super hero franchise which I’ve stayed with, no matter how old I get.

Hope Supergirl never retires. Like to see less of Lex though. Seems it’s more about him and less of Supergirl

I think it’s time Supergirl retire. Save what little can be.

I really like supergirl it’s my favourite TV show and the cast are great i am glad they are doing another season of supergirl.

Supergirl is brilliant. Please keep it going for a long time to come.

Love Supergirl and Batwoman and thier crisis with earth. Please keep on for at ten more years. Thanks William

Yes love supergirl hope gets renewed for a long time