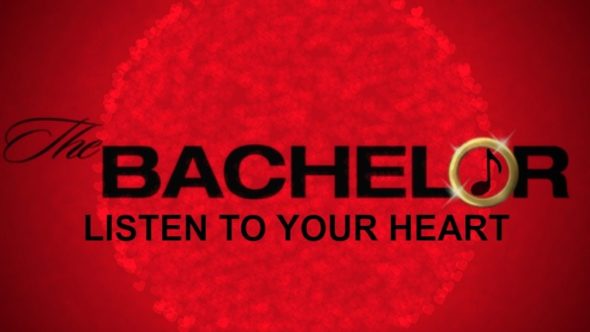 The Bachelor is getting another spin-off, and this one has a musical twist. ABC announced The Bachelor: Listen to Your Heart on Wednesday. The series will arrive on the network in April after the end of The Bachelor.

“The power of love knows no bounds as ABC further expands its hit-making Bachelor franchise with an all-new Bachelor Nation series, The Bachelor: Listen to Your Heart, set to premiere MONDAY, APRIL 13 (8:00-10:00 p.m. EDT). This new project is announced on the heels of a successful summer run, with The Bachelorette ranking as summer’s No. 1 TV series among Adults 18-49, and Bachelor in Paradise finishing as Monday‘s No. 2 series of the summer, behind only The Bachelorette.

The Bachelor: Listen to Your Heart unites two of the most emotionally powerful forces in human life: music and love, as 20 single men and women embark on an incredible journey to find love through music. Singing well-known songs, both individually and as couples, they will look to form attractions through the melodies, find and reveal their feelings and ultimately, fall in love.

The eligible bachelors and bachelorettes will meet and explore their relationships while living together and going on Bachelor-style dates that focus on music. Once the couples commit to each other, it will be time to take their relationship to the next level. The harmony of the couples will be tested through musical challenges, including live performances judged by some of the biggest names in the music business. Ultimately, the couples whose performances reveal their love and devotion to one another will continue to be given a chance to further their relationships until only one couple is left standing.

What do you think? Are you a fan of shows connected to The Bachelor? Will you watch The Bachelor: Listen to Your Heart?

They should Cancel the whole Bachelor speal, These women Pry on this one guy/lady like they are, piece of meat, thats so disgusting and deplorable. My Mom likes it , me i loathe,and hate it.. I would never rate that piece of crap show. Let the guy or lady find love else where,and NO Datting sites either. I’d Give the show a complete 0, away with those Bachelor for good.

has ABC lost it’s collective minds, i think it has with this one

Hey mike I’m with you, on that The Bachelor show all together they treat treat the guy/woman like they are a piece of meet. This show should be forbidden forever