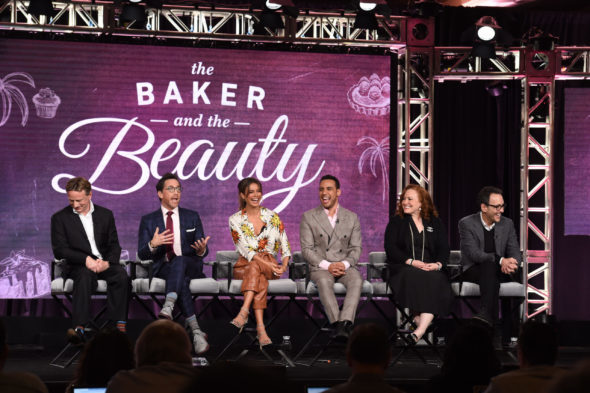 Get ready to fall in love over food and music this spring. ABC has announced the premiere dates for The Baker and the Beauty and The Bachelor Presents: Listen to Your Heart. Both shows will premiere in April, and they will air on Monday nights together.

ABC revealed even more about both new shows in a press release. Check that out below.

“This spring, ABC turns up the romance with the compelling new modern-day fairy tale The Baker and the Beauty premiering MONDAY, APRIL 13 (10:00-11:00 p.m. EDT), following the premiere of the all-new Bachelor Nation series, The Bachelor Presents: Listen to Your Heart.

The Baker and the Beauty

As previously announced, The Baker and the Beauty will take viewers on a flavor-filled adventure between relatable everyman Daniel and international superstar Noa. Daniel Garcia is working in the family bakery and doing everything that his loving Cuban parents and siblings expect him to do. But on a wild Miami night, he meets Noa Hamilton and his life moves into the spotlight. Will this unlikely couple upend their lives to be together and pull their families into a culture clash?

The Bachelor Presents: Listen to Your Heart

The Bachelor Presents: Listen to Your Heart unites two of the most emotionally powerful forces in human life: music and love, as 20 single men and women embark on an incredible journey to find love through music. Singing well-known songs, both individually and as couples, they will look to form attractions through the melodies, find and reveal their feelings, and ultimately fall in love.

The eligible bachelors and bachelorettes will meet and explore their relationships while living together and going on Bachelor-style dates that focus on music. Once the couples commit to each other, it will be time to take their relationship to the next level. The harmony of the couples will be tested through musical challenges, including live performances judged by some of the biggest names in the music business. Ultimately, the couples whose performances reveal their love and devotion to one another will continue to be given a chance to further their relationships until only one couple is left standing.

The Bachelor Presents: Listen to Your Heart is a production of Next Entertainment in association with Warner Horizon Unscripted Television. Mike Fleiss, Martin Hilton, Nicole Woods, Bennett Graebner and Louis Caric will executive produce the series.”

What do you think? Will you watch these new shows this spring?

I give a chance to the baker and the beauty to other reality shows no they are not proper and shoul.be taken out off the air abc is the channel that cancelled shows tha we loved to bring crap

No I will not be watching. All of the Bachelor franchise shows need to be cancelled. All they do is promote having sex with people you just met. What kind of message is that sending to young people. The shows should either be taken off or put on late night instead of during hours when kids are up.

Cameron
Reply to  Terri B

I avoid every show in The Bachelor series.Not even 1 million dollars would make me watch it.It is plain awful.

The Baker and the Beauty vs Grand Hotel Season 2 = no competition for me personally.