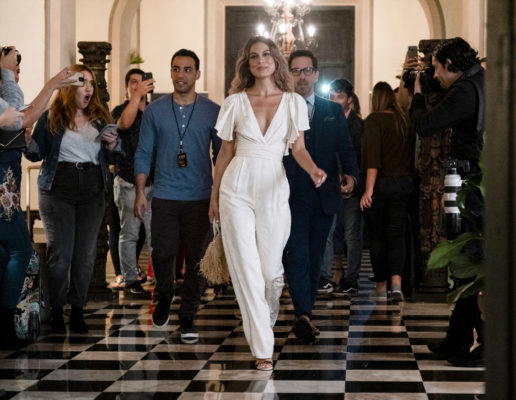 An ABC romantic musical dramedy that’s based on an Israeli series, The Baker and the Beauty TV show is a modern-day fairy tale that stars Victor Rasuk, Nathalie Kelley, Carlos Gomez, Dan Bucatinsky, Lisa Vidal, David Del Rio, Belissa Escobedo, and Michelle Veintimilla. In the show, everyman Daniel Garcia (Rasuk) is working in his family’s Miami bakery and doing everything that his loving Cuban parents and siblings expect him to do. One crazy night, Daniel meets Noa Hamilton (Kelley), an international superstar and fashion mogul. The pair quickly discover they have an attraction for one another and Daniel’s life suddenly turns upside down as it moves into the spotlight. Will this unlikely couple upend their lives to be together?

I’m 70+ and stopped watching broadcast and cable TV due to the (lack of) quality of the shows being produced today. Instead, I pick & choose from offerings by Netflix, Hulu, Amazon Prime, and other streaming sources. That’s how I stumbled upon “Baker”…and I LOVE IT! It’s a delightful mix of characters, situations, romance, humor, food, travel, traditional family values, and music WITHOUT gratuitous sex, violence, and profanity. Nothing could make me happier than a Netflix decision to produce a 2nd season!