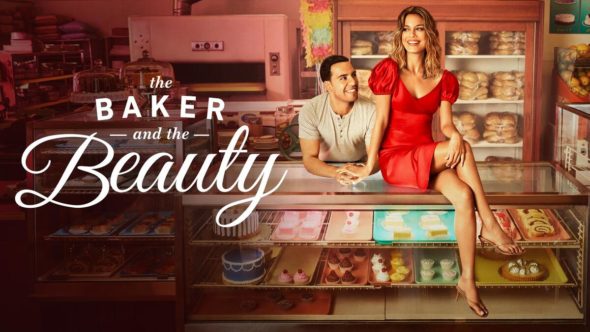 With the exception of The Good Doctor TV series, ABC hasn’t had much luck filling the Mondays at 10 PM timeslot. Can The Baker and the Beauty become a hit and run for many seasons? Will this series be cancelled or renewed for season two? Stay tuned. *Status update below.

6/2 update: You can see the latest night’s ratings in context.

What do you think? Do you like The Baker and the Beauty TV series on ABC? Should it be cancelled or renewed for a second season?

I think it was amazing it have all the stuff we needed drama comedy,romantic like why people think it dum I think its wonderful,creative and those actors are amazing like common people u dislike this show and now it’s not making a nother season like when u watch a TV show and you see their not making a nother season and the people who disliked it their now reason for it but this TV show is ******* amazing and I WANT A NOTHER SEASON KNOW!!!! like the TV shows we got in 2020 and 2021 are amazing But this show… Read more »

many of the most iconic shows on TV have had a slow start. The world is dark with all that is happening – it is nice to watch a family show and love story. Please would another station consider picking up this show – like what happened to American Idol and they are doing great. Please listen to us pleading fans and not all the number ratings.

YES please renew ABC’s Beauty and The Baker! It has been a long time since we’ve had an (almost), all Latino cast starring in a sitcom depicting positive, hard working, loving characters. What’s more, it’s “safe enough”, to be enjoyed by my tween, as well as, my husband and I. It’ll be great to see how the characters, all very different from each other will be developed. ABC has a winner on their hands!!

Yes. Please continue. It is a wonderful series and we’re all looking forward to many more. Can’t wait to see how things go for the different characters.

Please renew The Baker & The Beauty for a second season! I love this show!! It’s very refreshing and fun! Loved the dynamic and chemistry between Daniel and Noa! And I need to know how Lewis is. I could go on and on about everyone else on the show too!! Please renew for a second second…don’t leave is hanging from the season finale!

We love the baker and the beauty. It is very well done
And the characters were selected perfectly. Great story. We can’t wait to see what happens next .

Please bring The Baker and the Beauty back for more seasons. It is a refreshing change from other shows. Thank you!