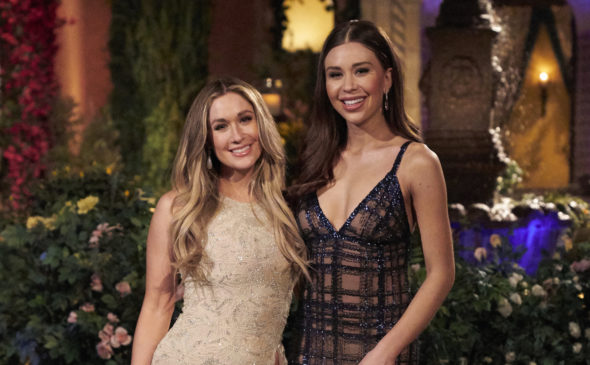 The Bachelorette returns to ABC next month with two women – Rachel Recchia and Gabby Windey – looking for love and 32 suitors trying to win their hearts. ABC has revealed the names of the men ahead of the premiere on Monday, July 11th. Former Bachelor Jesse Palmer is the host.

ABC revealed more about season 19 of The Bachelorette in a press release.

“Thirty-two charming men are ready to find love with Rachel Recchia and Gabby Windey when the 19th season of “The Bachelorette” premieres MONDAY, JULY 11 (8:00-10:01 p.m. EDT), on ABC. Watch episodes on demand and on Hulu the day following their premieres.

The 32 men who vie for Rachel and Gabby’s hearts are the following:

After unwavering support of each other through a devastating dual breakup in the season 26 finale of “The Bachelor,” fan favorites and fierce women Rachel Recchia and Gabby Windey stand by each other’s side once again as they set out on a journey to find love.

Check out the men set to appear on The Bachelorette below. Click here for a larger image. 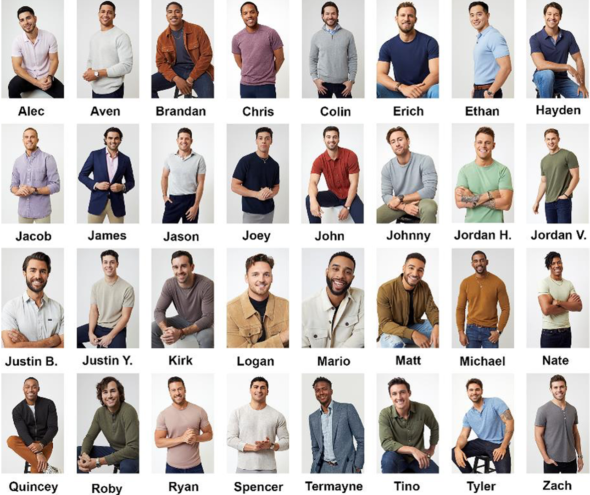 What do you think? Are you excited about the 19th season return of The Bachelorette next month?

I would like it more if everyone was mature and sensible. My problem is EVERY SEASON THEY BEHAVE LIKE HIGH SCHOOL children. Crying, name calling, dis-respectful. And seriously has no one watched this show before? You never tell multiple people you love them ! I’m sure this will be just like all the other seasons. I watch when nothing else is on ! It’s so predictable !

Hate this show can’t believe it’s still on. Hard up women and men