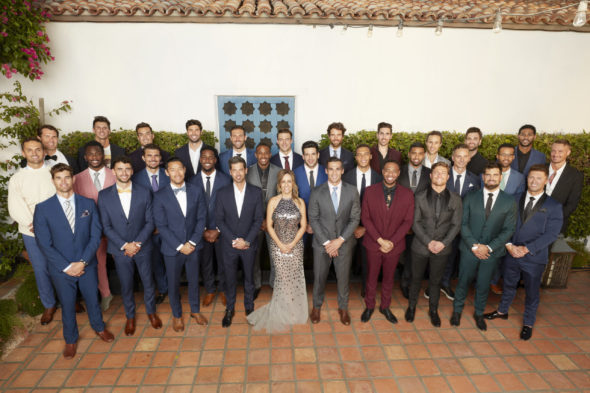 The Bachelorette is just a few weeks away from its 16th season premiere and ABC has now revealed the 31 men who will try to win star Clare Crawley’s heart. [SPOILER ALERT] It has already been revealed one man will capture her heart early on into the season, and a new woman was brought in to have her own journey to find love.

ABC revealed more about the premiere of The Bachelorette and the suitors in a press release.

What do a charming doctor working on the front lines against the pandemic, a Southern single dad looking for a wife to complete his family, a financial advisor with the looks and charm of a modern Great Gatsby, a handsome former athlete with personal hurdles that have left emotional scars and a former pro football player who lights up the room with his high-wattage smile all have in common? They are all on the hunt for love with Clare Crawley when the exciting, unprecedented 16th edition of The Bachelorette premieres TUESDAY, OCT. 13 (8:00-10:01 p.m. EDT), on ABC. (TV-PG, DL).

In the season premiere, “1601,” Clare returns—this time to give out the roses—to find her soul mate from an impressive group of 31 bachelors who will pull out all the stops to vie for her heart.

Will Joe, the charming doctor and a sincere romantic, have the bedside manner that Clare needs? Eazy, the former pro football player will score points with the Bachelorette, but will he make it to the end zone? Is Clare the woman of Yosef’s dreams or will their priorities clash? Can Bennett reveal a deeper level to his love and win the Bachelorette’s heart? Dale gives a great first impression, but does he have what it takes to make Clare his for a lifetime of happiness?

At the end of the night, 23 lucky bachelors remain to toast the Bachelorette, with hearts overflowing and romantic adventures yet to come. Will Clare open her heart once more and find the man of her dreams who will love her back? And on this special premiere night, Bachelor Nation will be rewarded with the first glimpse at the shocking moment that will change the course of this passionate, crazy journey, unlike any other in franchise history.

The 31 men who will vie for Clare’s heart are the following:

What do you think? Are you excited for the return of The Bachelorette on ABC? Will you watch the 16th season next month?

WHY ……when she is already in a serious relationship…put all the guys in the drama…??
What happened to the girl that was going to replace her.
WHY put on a FAKE show…(more than usual) hopefully Clare will only be on one night and then the replacement will take over.

Another season of high-schoolers , crying, whining , bitching about each other…..no thank you!

Still not watching it at all

I still can’t believe that Clare Crawley was able to discover real true love that fast. Maybe it is a miracle.

How about not putting a spoiler (about the change of women early on) right up front with no warning?!? I hadn’t heard that “earlier report” and am miffed to have had that twist spoiled. 🙁