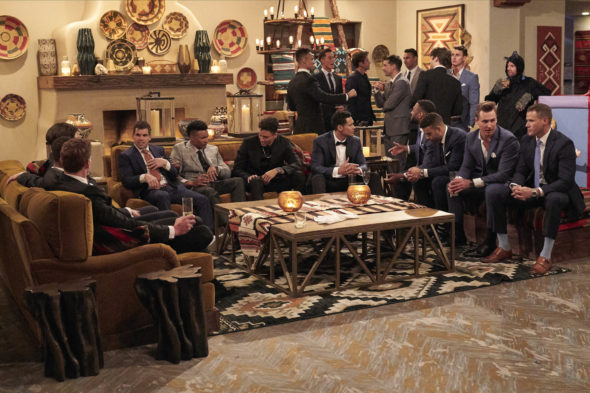 An ABC dating reality show, The Bachelorette revolves around a single woman who sifts through a large group of eligible male contestants in the hopes of finding a romantic match and, possibly, a mate. Season 17 follows 30-year-old Katie Thurston, a bank marketing manager from Lynnwood, Washington, who is an alumna of the 25th season of The Bachelor, featuring Matt James. Due to the pandemic, production on this season was moved to a resort in New Mexico and there will be 30 male contestants this time around. For season 17, Chris Harrison has been replaced by Bachelorette alums Tayshia Adams and Kaitlyn Bristowe.

What do you think? Which season 17 episodes of The Bachelorette TV series do you rate as wonderful, terrible, or somewhere between? Are you glad that The Bachelorette has been renewed for an 18th season on ABC? Don’t forget to vote, and share your thoughts, below.

The hosts are awful.
This show is pathetic. It lacks any class or element of sophistication since Chris Harrison’s exit.
It seems like a grade school slumber party.

First of all I think the so called bachelorette Katie is a nasty so and so , the way she spoke to Greg she should be ashamed of herself, it was disgraceful. Wow poor Blake he doesn’t have a chance in hell of making her happy . She’s way to overbearing and controlling , and quite frankly a bully I think.

Shame on Katie for treating Greg that way. He is better off without her. I had to turn the show off. It’s disgusting. Thanks for sharing that your very satisfied multiple times- classy
She found love with someone better suited for her. She should have taken the high road.

I have to say this was a very boring Bachelorette season. Where is Chris Harrison?

When all interesting conversations and decent group activities fail, the Bachelorette Producers succumb to designing quasi-porn events that the men are forced into participating. When a Series is unable to reach and retain viewers, Producers always resort to low class sexual innuendos. A low-base and seedy viewer is better than no viewer. This pathetic series is now a degraded and X rated show in Prime Time that every decent and wholesome family (with impressionable children) SHOULD AVOID! This lewd and desperate maneuver by the Producers began with the “White Trash” Bachelorette, named Crawly when she demanded the men completely disrobe… Read more »

Right on , the way Katie spoke to Greg on the final episode tonight was disgraceful. She really is a bully , poor Blake he will probably never make her happy . I’m done watching that stupid show now . Never again . Miss Chris Harrison . The 2 hosts this season thumbs down. Not good

Absolutely agree with you!

He’s rich as crap anyways! Funny thing is the reason he was fired standing up for rachel and that couple is back together moving in together??????? He’s better off with out that ****** show. He can do better! You watch!!

It sucks without Chris Harrison! Tayshia & Kaitlin are NO HOST!! They are terrible! How embarrassing for ABC!! Time to replace this god awful show!! Ratings are in the toilet and no one cares!!! Who gives a crap about all this virgin and sex positive scripted show!! Always crying, ambulance! You know how it ends and honestly no one cares!!!!!!!!!!

This will be like all the rest of the seasons. Crying, fighting, it’s a shame …,!

I can’t believe this show is still on. It is so “scripted” it’s not at all enjoyable. Cancel, Cancel, cancel.

Well I want Chris Harrison to win. He did nothing wrong. He was bamboozled by Rachel Lindsay. That whole interview was a set up by her and the producers of Extra. She has blamed Chris for the lack of diversity in the Bachelor franchise for a long time. Spoiler alert Rachel! Chris was one of many to select contestants. Not fare to blame him. Chris Harrison will overcome this. This country will never heal unless we start forgiving.

I did not like the show at all. It’s not the same without Chris Harrison. Tayshia and Kaitlyn were too loud and giddy. Chris brought professionalism to the franchise. I can’t see this franchise lasting very long without Chris.

Don’t like Tayshia now, didn’t like her before needed Chris Harrison back , show is awful and Katie was nasty on the final episode she spoke to Greg horribly , she should be ashamed and should play it back and watch herself and how hateful she looked . It was disgraceful how she yelled and tried to belittle him . She made herself look like a horrible person . Shameful