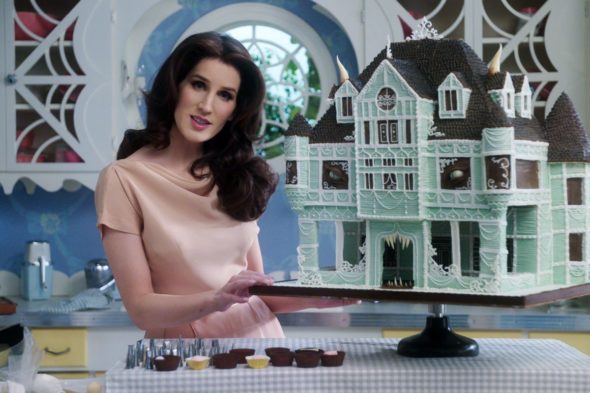 The craft and cooking series follows McConnell as she “bakes, sculpts and sews to create delectable confections and hauntingly disturbing decor with the help of her colorful collection of creatures.”

On Twitter, McConnell announced Netflix has decided not to renew The Curious Creations of Christine McConnell for a second season. You can see the post below:

What do you think? Have you seen The Curious Creations of Christine McConnell? Would you have watched a second season?

I thought this show was wonderful for both adults and kids. I’m really disappointed it was cancelled!! Loved everything about this show!

typical netflix cancelling all their best shows. every show i like gets cancelled so im gonna cancel you netflix!

I was waiting for season 2. Dammit Netflix!

She’s a terrible actress but I loved the show nonetheless, it was goth,whimsical,funny and filled with great tips. Her baking and crafting skills are epic and a joy to watch. Stupid Netflix.