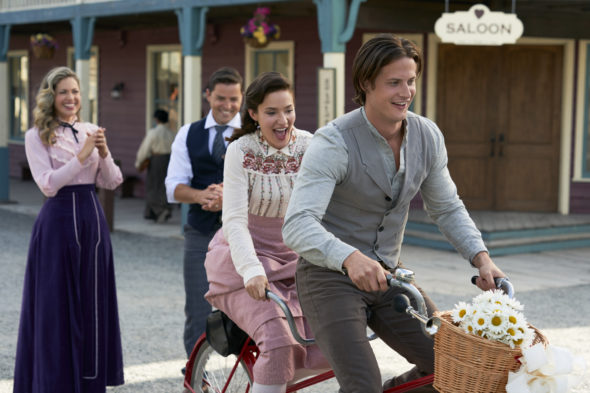 Totally disappointed in the ending. Ruined the show for me. Doubt it if I will watch the new season.

What could have been a very rewarding family show has slowly degenerated to almost soap opera trash. I for one have totally lost interest.

I have watched WCTH since the beginning. I had always said season two was the worst because it was so unlike the others and changed drastically the look and feel of the “real” story. I stuck with it because I wanted to follow Elizabeth (whom I loved from the books) and because they finally left Hamilton. That is until season eight. To say this was the worst written season is an understatement. Every female had a huge chip on her shoulder except Minnie and Florence. (Florence and Ned actually were the saving grace of the season!) What the writers did… Read more »

Oh. My. Gosh! So perfectly said! This was the worst season ever!

I agree with Jackie. This was the worst season ever. This season would only appeal to women who hadn’t outgrown their teenage years in maturity.

Would a teacher of 1918 even think about going into a relationship with a saloon owner? I’ve truly enjoyed season 1-5, seeing how our beloved teacher coming from Hamilton to Coal Valley, how she struggles with the life she’s been through before, her struggles with the widows, and handling the children. Sadly this has changed in season 8. Enter a rich businessman who has no regards for others other than himself. Even defying the mayor’s request to keep time for saloon operations. Our beloved teacher has turned into someone we know not of, poking her nose into everyone’s business, leaving… Read more »

Season 8 had a new showrunner and it really showed. The episodes where too busy, there were dropped storylines, too many characters that some regular cast weren’t seen as much. To top it all, episode 12 could have concluded with an epic love story of overcoming fears and odds, but instead the episode made no sense for any of the characters.

WCTH did not stick to period times and went with a modern story which really doesn’t work for this novel or small townS for that matter. It really doesn’t make sense for a rich man to buy up a small town, open a saloon and marry a school teach. That would have been s scandal for the time period. Season 8 was flighty and back and forth. The season finale didn’t really fit. It looked forced and not a natural graduation over time. It was disheartening to see the story of a Mountie and a teacher cheapened with money and… Read more »

Horrible ending . Season 8 was a strange mix of heroic behavior and sadness . E12 was not only pulled from a hat but also not in the storyline’s path . Just not WCTH at all , new is not always better . Sometimes new us just not as classy and magnificent

Worst season, dropped storylines, characters you do t recognize , conclusion doesn’t sync with the story being told which is part of the outrage. Every time the big shots talk it gets worse. Don’t watch! Sorry I bought the season on Amazon. Pick something else

Seven years it was a wonderful story based on Janette Oke’s book about the teacher and her Mountie. Then S8 with disjointed story lines that made no sense, many left unanswered questions, and worst of all they changed Mrs. Oke’s story – the “upstanding” teacher went away overnight with the saloon owner/gambler — and that is who she chooses? Seriously? NO MORE – I WILL NEVER WATCH AGAIN – THEY DON’T DESERVE MY TIME!

The 1st episode was horrible. I was so let down and unfortunately the season just didn’t get any better! What a disappointment and a waste of time. Bring back the previous writer!!!

It is unfortunate that this show was renewed. The new show runner has ruined what was once a beautiful series. It was very obvious that the script was flipped in the final episode, and the actors even admitted it despite the producer lying. In addition to the triangle though, nothing about the finale made sense with the rest of the series. They manipulated viewers for ratings and I will never watch again. Elizabeth has become unrecognizable and the show is a soap opera. Sad for the actors that had no control over the situation. Please do us all a favor… Read more »

I don’t agree that most fans agree with you. However, I do respect your right to have your opinion but I also have the right to have my opinion. My husband and I both love WCTH. Since May 9th, we’ve binge watched all eight seasons twice. We are both looking forward to Season 9 and to all the future seasons after that.