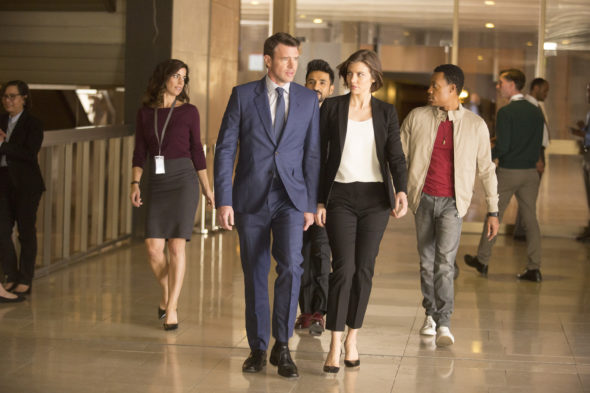 If you’re going to revive a cancelled series, why not revive Speechless? Strongest bunch of characters and with an incredible message.

Yes!!! Please BRING IT BACK!

Please bring it back!!!!! One of your better shows!

Yea, pace of this show & cast is enjoyable to watch. I would like to see Season 2 as storylines are endless in possibilities. Hope ABC reconsiders & revives this show for another season.

They shouldn’t thinK twice. BRING IT BACK

I would definitely watch a second season, don’t cancel

I have watched all the episodes of Whiskey Cavalier. I found the show to be good and fun to watch. I would definitely endorse a second season of the show. ABC would benefit by renewing the show for a second season. Thank you, Marcia Gimeson

I absolutely watch Whiskey Cavalier and think it deserves another season. The writers have barely scratched the surface of the character’s stories. Come on ABC renew this show!

Please don’t cancel, this is the best show of its type since moonlighting, great actors great show.

That would be wonderful