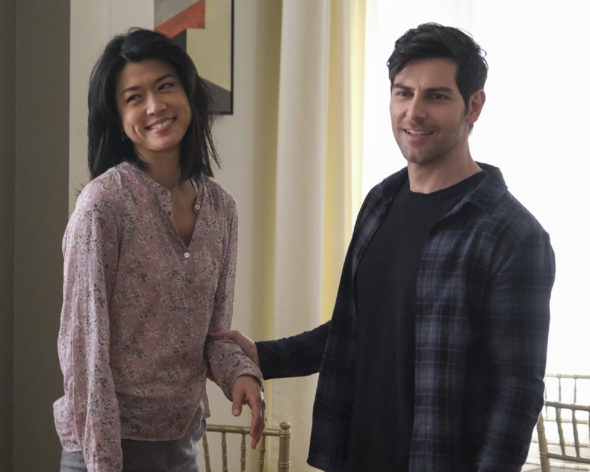 A Million Little Things wrapped its second season on Thursday night, and the creator of the series is ready for season three. However, ABC has not yet renewed the series for a third season, and the finale did end with a major cliffhanger.

DJ Nash is hopeful that the series will return to ABC next fall though. He said the following in an interview with Deadline:

“I will tell you that the studio and the network have been so supportive of this show right from the beginning. They have let me and let us tell the stories exactly the way we want to tell them, they’ve just really been incredible partners. I had an alt ending for the show, and I was told to go with this one.”

The creator also teased what fans would see during a third season of A Million Little Things:

“What I will say is, it’s kind of similar to what we’re going through right now, this horrific thing that the world is going through right now. When we come out of it, we will have a different perspective on all of it, on life altogether. And I think our group of friends, after what they are going to endure with the way we ended Act Six of the finale for all of them, is they’re all going to come out of it with a perspective that is unlike anything they had before.”

What do you think? Do you want a third season of A Million Little Things?

I SO WISH FOR A THIRD SEASON GUUUUUUYS PLEEEEEEAAAAAASE. IT CANNOT END LIKE THAT. WHERE WAS THAT TRUCK COMING FROM REALLY? EDDIE WAS BRAVE AND FOUGHT THE URGE TO HAVE THAT DRINK IN FRONT OF HIM, WE WANT TO SEE WHAT HAPPENS BETWEEN ROME AND REGINA…. THERE IS A LOT UNSAID. LET US HAVE A REAL END PRETTY PLEASE.

Yes I cannot wait to see the characters development.
.please have season 3!!!

Please renew! It’s one of my favourite shows. It always comes with an unpredictable twist. Soooo good!

I definitely want a third season of a million little things!

This show is one of the best shows on TV. My friends and I hope this goes on for many seasons. Fabulous cast.

First time viewer & I can’t believe that it won’t be renewed for a third season!! I mean the guy from Psyche & the Grimm !! Plus really great stories ? Wouldn’t be the first time a network missed the boat on a great show!!

Please renew this show! My husband and I both love A Million Little Things. The story and actors/actresses are wonderful. This show is like watching life in the real world with consequences.

Yes of course. One of the best shows on TV. But they rather buy a stupid reality show on !

Yes…love this show & hope for renewal!

I absolutely love this show! My husband and I tape this and look forward to viewing it each week. PLEASE DO NOT CANCEL IT!!!!

Please renew this series. We love A Million Littke Things!

please please please!!you HAVE TO RENEW!!!! Best show on TV. Love it and it’s my addiction!! Can’t wait till Season 3. ITS A MUST!!!

I do hope this gets renewed..