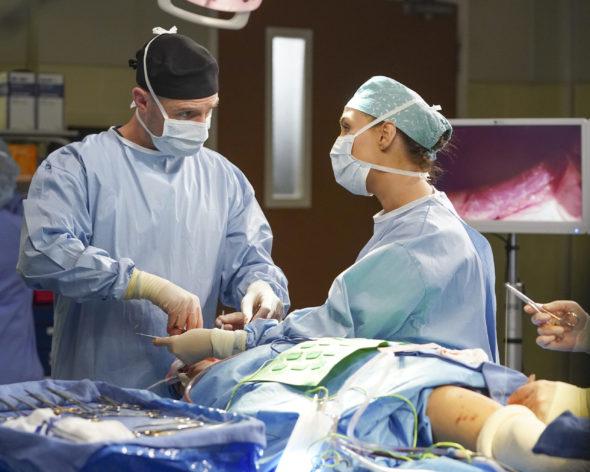 The doctors at Grey Sloan Memorial hospital are taking an early break for season 16. After shutting down production for two weeks on the ABC drama, the powers that be have decided to end the season early instead of returning to film the final four episodes of the season.

ABC revealed the following about the episode in a press release.

“Link tries to convince Amelia to take it easy during the final stage of her pregnancy. Hayes asks Meredith a surprising question, and Owen makes a shocking discovery.”

The episode is titled “Put on a Happy Face,” and it is set to on April 9. Grey’s Anatomy ending its season early does not have an impact on its sister series, Station 19. That series filmed all its episodes before the shut down, and it will end its season on May 14, per TV Line.

What do you think? Are you surprised that Grey’s Anatomy is moving to end its season early?

Shocked and extremely disappointed. I have watched since Day 1 and fans deserve a true ending. Stay safe Stay strong but give us the last 4 episodes next fall.

I didn’t know that, I have been watching that show for a very very long time. But as all good shows sometimes it needs to end, it’s like you can almost tell when the writing starts to go down .

One of my Favorite Shows..on auto record.

doesn’t surprise me under the circumstances, i’m sure you will see more shows cutting their seasons down

Wonder if it’s because of coronavirus..if it is, totally support their decision..

mostly likely did, because most tv shows have had stopped and will have a season finale this season

Yes, I am disappointed. But I am very happy to know they are being protected from Coronavirus. Praying they all stay safe and well! Keep your families safe! We love to watch Grey’s Anatomy!