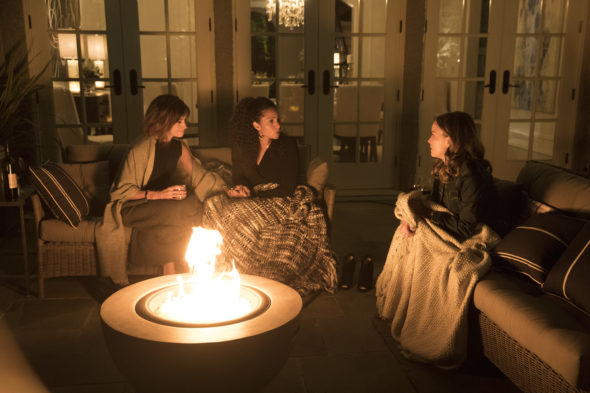 How long will these friendships last? Has the A Million Little Things TV show been cancelled or renewed for a second season on ABC? The television vulture is watching all the latest cancellation and renewal news, so this page is the place to track the status of A Million Little Things, season two. Bookmark it, or subscribe for the latest updates. Remember, the television vulture is watching your shows. Are you?

Will ABC cancel or renew A Million Little Things for season two? The series got off to a mediocre start and the ratings dropped lower. However, ABC later moved the series to Thursday nights, behind their highest-rated drama, Grey’s Anatomy. As expeced, the ratings improved dramatically. The network clearly wants this show to survive so I think it will end up being renewed. I’ll keep an eye on the ratings and update this page with breaking developments. Subscribe for free alerts on A Million Little Things cancellation or renewal news.

What do you think? Are you glad that the A Million Little Things TV show has been renewed for a second season? How would you feel if ABC had cancelled this TV series, instead?

I personally think a million little things is a great show i can’t help but wonder if it’s lack of numbers is caused by streaming. Everyone in my family has cut the cord so me and my mom both watched it separately through hulu i think i only had to wait until the day after it was normmally released because disney owns abc and has a controlling share in hulu plus hulu does simulcast with a lot of shows although sometimes they’re like a day behind

What is date of second season of airing
One Million Little Things??
Miss it very much…GREAT SHOW!

According to google septemeber 26 2019

I LOVE the show … can’t wait for it to begin again!

Excellent show -never any doubt it wouldn’t be renewed

A Million little Things is my new favourite. I would be so upset if they cancel it!