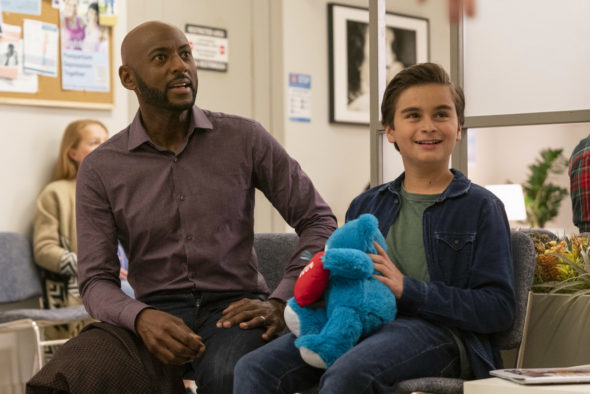 Will love keep these friends together? Has the A Million Little Things TV show been cancelled or renewed for a third season on ABC? The television vulture is watching all the latest cancellation and renewal news, so this page is the place to track the status of A Million Little Things, season three. Bookmark it, or subscribe for the latest updates. Remember, the television vulture is watching your shows. Are you?

Airing on the ABC television network, A Million Little Things stars David Giuntoli, Romany Malco, Allison Miller, Christina Moses, Grace Park, James Roday, Stephanie Szostak, Tristan Byon, Lizzy Greene, and Chance Hurstfield. Set in Boston, this series revolves around a tight-knit group of friends who are each feeling stuck in different aspects of their lives. Their worlds are rocked when one of them unexpectedly takes his own life and this horrific event serves as a wake-up call to the others. As they each deal with their grief, they start making changes in their own lives and truly start living. Along the way, they discover that friends may be the one thing to save them from themselves.

Will ABC cancel or renew A Million Little Things for season three? This series struggled on Wednesday nights last season and likely only landed a renewal because the ratings improved when it was moved to Thursdays. Though the numbers have been comparable in season two, it should really be doing better since it’s following Grey’s Anatomy, ABC’s highest-rated show. Still, I’m thinking that A Million Little Things will be renewed. I’ll keep an eye on the ratings and update this page with breaking developments. Subscribe for free alerts on A Million Little Things cancellation or renewal news.

5/21/20 update: A Million Little Things has been renewed for a third season on ABC.

What do you think? Are you glad that the A Million Little Things TV show has been renewed for a third season? How would you feel if ABC had cancelled this TV series, instead?

I really thought I had read that “A million little things” was cancelled. I am ecstatic that it is coming back on

I really hope this show comes back on. My daughter, my sister, sister in law and I love this show!!! The cliffhanger from season two was great! PLEASE RENEW IT!!!!

Best drama out there !!!

This is some of the better acting and story line of anything else in drama TV. I sure hope ABC renews. I will feel cheated if it doesn’t