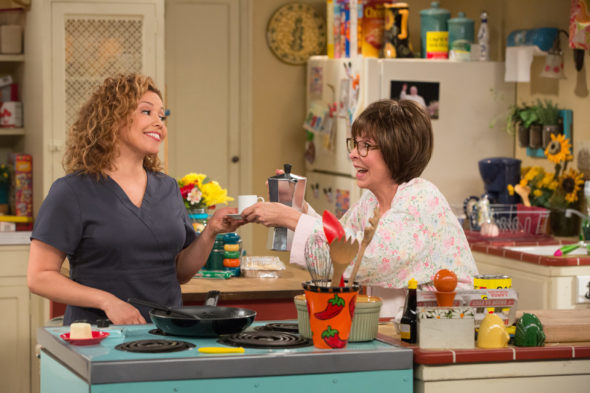 CBS is switching things up with its schedule in order to bring movies back to Sunday night. The network aired some movies on Sundays over the summer, and a new batch will come to the network next month. This will cause a night change for Big Brother and an early arrival for One Day at a Time.

For Big Brother, the network has decided to move its Sunday episodes to Monday nights. This means starting October 5th, Big Brother will air on Mondays, Wednesdays, and Thursdays. The reality series wraps its 22nd season on Wednesday, October 28th.

Big Brother will be joined on Monday nights by One Day at a Time. The fourth season of the former Netflix series will air its entire fourth season on CBS. Some episodes of the season have already aired on Pop earlier this summer.

Movies set to air on CBS on Sunday nights include Scream, Clueless, and Star Trek: Beyond.

What do you think? Will you move with Big Brother to Monday night? Will you check out the current incarnation of One Day at a Time on CBS?

Absolutely i will watch if Big Brother moves to Monday nights. I would watch no matter what night their on.

I am so excited that PrimeTime picked up One Day At A Time!!! It is by far the best and also about time we have a Latinx show!!! I hope there will be more seasons!!! ❤❤❤

Cancel Big Brother and while your at it cancel Ove Island. What a waste of television time. Yes I will give One Day at a time a shot. Anything is better than these stupid reality shows.

Glad that One Day at a Time is on CBS, now let’s get renewed for at least 3 more seasons, it’s a Great show.

For the life of me I can’t figure out why CBS keeps bringing the Sunday Night movies back. The movies they keep choosing can be seen on several different channels practically every day.

Never watch One Day at a Time…. ever her cluttered kitchen is annoying!

I will follow ODAAT anywhere! Fantastic acting and writing. Can’t wait till they resume the show.

Love, love, love One Day at a Time!

It’s not the entire 4th season – it’s everything the taped before the covid – shut down – 6 of the 13 episodes planned.

I must second Deborah Coll and I will watch One Day At A Time on CBS.

So happy ODATime is going to be on cbs!!! Yes!

Why watch
Reply to  Deborah Coll

Cynthia vega
Reply to  Why watch