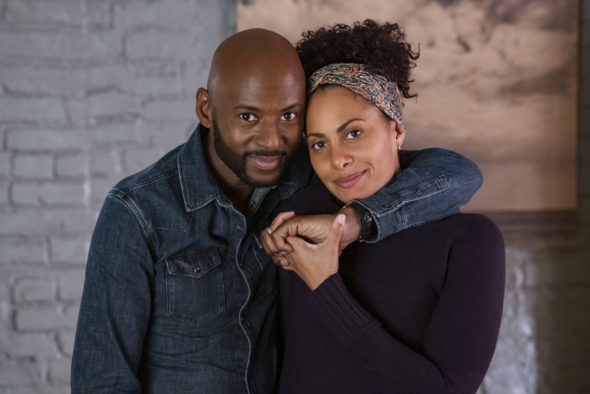 Will this ABC series draw big ratings this time? Has the A Million Little Things TV show been cancelled or renewed for a fourth season? The television vulture is watching all the latest cancellation and renewal news, so this page is the place to track the status of A Million Little Things, season four. Bookmark it, or subscribe for the latest updates. Remember, the television vulture is watching your shows. Are you?

Airing on the ABC television network, A Million Little Things stars David Giuntoli, Romany Malco, Allison Miller, Christina Moses, Grace Park, James Roday Rodriguez, Stephanie Szostak, Floriana Lima, Tristan Byon, Lizzy Greene, and Chance Hurstfield. Set in Boston, this series revolves around a tight-knit group of friends who are each feeling stuck in different aspects of their lives. Their worlds are rocked when one of them unexpectedly takes his own life and this horrific event serves as a wake-up call to the others. In season three, the group of friends once again lean on each other in ways that are both moving and aspirational. Friendship isn’t a big thing. It’s a million little things.

Will ABC cancel or renew A Million Little Things for season four? This show struggled on Wednesday nights but improved once it moved to Thursdays. Though the series’ numbers still aren’t great, I think it does well enough to be renewed. I’ll update this page with breaking developments. Subscribe for free alerts on A Million Little Things cancellation or renewal news.

5/14/21 update: A Million Little Things has been renewed for a fourth season on ABC.

What do you think? Are you glad that the A Million Little Things TV show has been renewed for a fourth season? How would you feel if ABC had cancelled this TV series, instead?

This show has fallen and fallen hard. The storylines are contrived, over -dramatic drivel and the characters are becoming ever more whiney and unlikable. The whole in-your-face, cram it down your throat gay thing gets old, the show has lost it’s original premise. Good riddance.

Thank you for renewing Million Little Things. I am so excited about season four!!!!!

Love the show and all actors. Please give us season four. We look forward every week to see this show.

Wonderful show. The actors the writing and the music is fantastic. Please please please renew.

I loved this show until this season….now we are doing BLM and Covid…I watch to escape from all the problems of the world.

I have watched this show from the first one and loved it, until the last few episodes and I started watching this weeks and shut if off. I will never watch them again.

Agree totally with Nancy and Marge. I cancelled my recording of this show and will not be watching ever again.

I’m with you. Have been thinking that for some time now. Too much politics and preaching.

One of the best shows on TV. This is a quality show that must be renewed

This show had its moments and now we have to live through politics and ******** through the character’s life. It’s amazing how falling into the world of the characters has turned into having to relive reality because of lazy writing. This show is now garbage and should be canceled for its social justice pandering ********.

Our entire family would be extremely upset if A Million Little Things were canceled; it’s brought weekly family TV time back to our family. The 4 of us (two adults and 2 teens) all look forward to watching it together!

With all the JUNK of TV, this show is a beautiful reprieve. Storyline is excellent as are the characters. I can think of numerous shows that deserve to be canceled due to their mundane stupidity which only adds to the dumbing down of American TV. PLEASE save this show for people who don’t want to watch trivial crap.