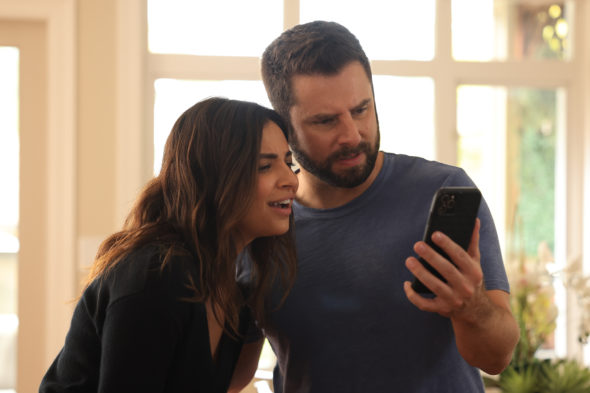 This group of loving friends and all of their ups and downs will return for the 2021-22 network TV season. A Million Little Things series has been renewed for a fourth season on ABC.

A family drama, A Million Little Things stars David Giuntoli, Romany Malco, Allison Miller, Christina Moses, Grace Park, James Roday Rodriguez, Stephanie Szostak, Floriana Lima, Tristan Byon, Lizzy Greene, and Chance Hurstfield. Set in Boston, this series revolves around a tight-knit group of friends who are each feeling stuck in different aspects of their lives. Their worlds are rocked when one of them unexpectedly takes his own life and this horrific event serves as a wake-up call to the others. In season three, the group of friends once again lean on each other in ways that are both moving and aspirational. Friendship isn’t a big thing. It’s a million little things.

The third season of A Million Little Things averages a 0.45 rating in the 18-49 demographic and 2.86 million viewers in the live+same day ratings. Compared to season two, that’s down by 0% in the demo and down by 0% in viewership.

The network is airing just 18 episodes this season (due to the pandemic). So far, 13 of the installments have aired and the two-hour finale is expected to air on June 9th.

There are a million reasons to keep #AMillionLittleThings on your screens 💛 We will be back for another season! pic.twitter.com/0Wsi23ACER

Check out our ABC status sheet to track the alphabet network’s new series pickups, renewals, and cancellations. You can find lists of cancelled shows here.
What do you think? Do you enjoy watching the A Million Little Things TV series? Will you be tuning in for the fourth season on ABC?

I love A Million Little Things!

I love this show! Have been a fan from the beginning. They just need to bring back Delilah. Not sure why the actress has been AWOL from the show. But it’s getting a little old. But great story lines.

I watch sometimes and will probably check in on it

I loved this show until the last two episodes. It was a nice pause from the horrible news shows. Now, it’s become political – I am so disappointed that it caved to “woke” oppression and had to stop recording it! What a shame! It was well written; great characterizations and then , . . . . .very sad!

Love the show. Keep it going! Would like to see more of each characters memories of John! And get to know him via What each one of their relationships with him was like

Great show hope it lasts for years to come

Love this show, keep airing it on tv. Keep Renewing it

I love this show, keep it going.

Hey this show & cast members couldn’t get any better!

THANK GOODNESS!!! I love this show!!!