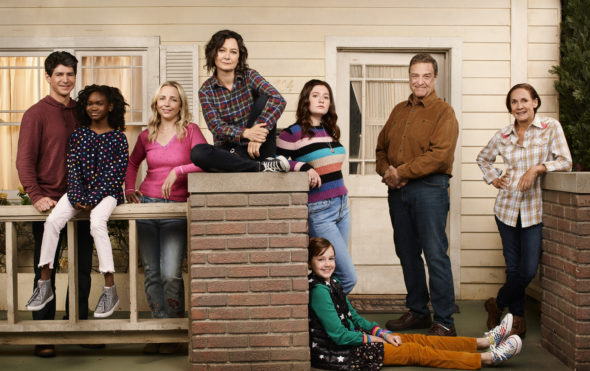 This Lanford family is staying together for the 2021-22 television season. ABC has renewed The Conners TV show for a fourth season.

Airing Wednesday nights, the third season of The Conners averages a 0.62 rating in the 18-49 demographic and 3.64 million viewers in the live+same day ratings. Compared to season two (which aired on Tuesdays), that’s down by 42% in the demo and down by 37% in viewership. The season finale airs next week.

We’re not going anywhere! 🙌 #TheConners is coming back for another season on ABC! pic.twitter.com/IjJqEMCGMu

What do you think? Do you enjoy watching The Conners TV show on ABC? Do you plan to tune in for the fourth season?

This show is stupid. I hope Dan drops dead.

Have just started watching The Connors and It’s such a disappointment.. It’s like everyone is psycho.. The roles are so tense .. There’s no laughing , no family feel … It’s just too far out there …M

Subject matter so rich it’s unfortunate to be wasted on stilted acting from entitled “actor”/producers who give themselves FAR too much face time.

Puts me to sleep fast! Boring

I wouldn’t watch this show if they paid me to. Ever since they fired Roseann, it is just another stupid show.

The show is depressing. Darlene’s character is not funny, nether is the show. I miss Roseanne. Jackie has been drunk the last three shows. It should be canceled. Bad writing.