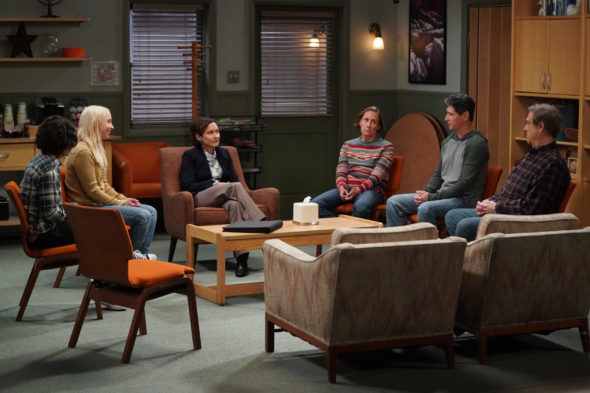 The Conners is nearing a renewal for a fourth season. ABC has closed deals with the four main stars of the series — Sara Gilbert, John Goodman, Laurie Metcalf, and Lecy Goranson. They have been given contracts for a 20 episode fourth season. This clears the way for the alphabet network to officially renew the comedy which moved to Wednesday nights for its third season.

Per Deadline, the cast of the series signs contracts year to year because the sitcom is a spin-off from Roseanne. The cast has been receiving bumps in pay per episode each season. The report speculated that the main cast is nearing the $400,000 per episode mark.

As for The Conners, the series is the most-watched comedy on the network. Ratings show that an average of 3.7 million tune in to watch the series each week per the traditional overnight ratings. It also gets a healthy bump in delayed viewing.

What do you think? Are you a fan of The Conners on ABC? Would you watch a fourth season?

love watching The Conner’s and hope it keeps getting renewed.

It’s Not as funny without Roseanne! Sorry, but I stand firm on that.

Roseanne was built around award-winning adult actors. The children were funny, but not great actors. Those children have become the main cast on the spinoff. They still can’t act and neither can the second generation of kids. Most importantly, those great writers of the original series are too famous to work on the spinoff. They have shows and movies of their own now. Bad writing and bad acting deserve cancellation. It’s a lame horse at this point. Viewers tune out of loyalty and sentimentality, but no one really wants to watch “The Darlene Show.” The last episode was a new… Read more »

I will watch it definitely…

Used to be really funny with Roseanne, now it’s not. Actors are just reading scripts. Too bad

Do Not Watch this show , no interest