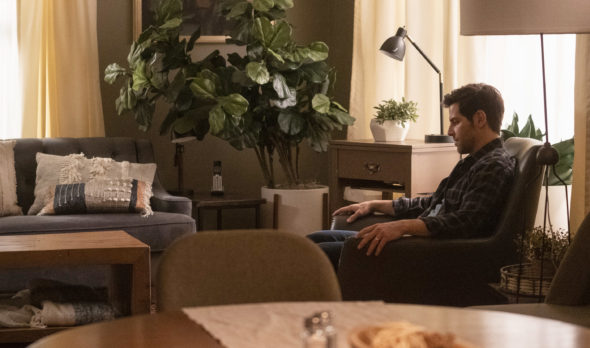 Can these friends be there for each other when it counts during the second season of ABC’s A Million Little Things TV show? As we all know, the Nielsen ratings typically play a big role in determining whether a TV show like A Million Little Things is cancelled or renewed for season three. Unfortunately, most of us do not live in Nielsen households. Because many viewers feel frustration when their viewing habits and opinions aren’t considered, we invite you to rate all of the season two episodes of A Million Little Things here. *Status update below.

An ABC extended family drama, A Million Little Things stars David Giuntoli, Romany Malco, Allison Miller, Christina Moses, Grace Park, James Roday, Stephanie Szostak, Tristan Byon, Lizzy Greene, and Chance Hurstfield. Set in Boston, this series revolves around a tight-knit group of friends who are each feeling stuck in different aspects of their lives. Their worlds are rocked when one of them unexpectedly takes his own life and this horrific event serves as a wake-up call to the others. As they each deal with their grief, they start making changes in their own lives and truly start living. Along the way, they discover that friends may be the one thing to save them from themselves.

*5/21/20 update: A Million Little Things has been renewed for a third season on ABC.

I love this show, please renew!

A Million Little Things ! Please renew! Love the cast and the story!

I found the final episode of “A Million Little Things,” to be wrenching! Does Eddie die? I was upset to see Eve kept her baby at the “eleventh” hour; poor Rome and his wife! I didn’t see Gary’s response to Maggie coming! Kind of a tear jerker, all around. Great acting – don’t cancel this show1