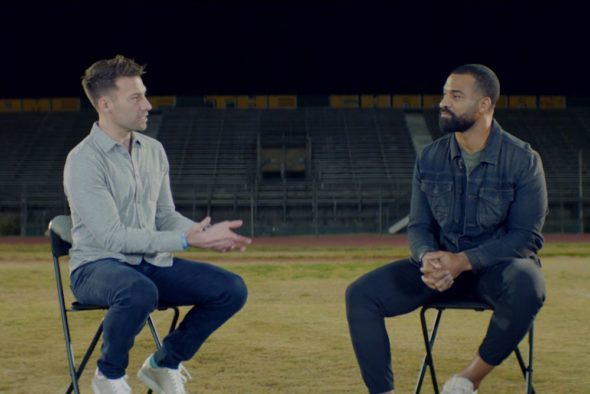 All American Stories is coming to The CW next month. The upcoming special docu-series will focus on athletes that have overcome obstacles to get to where they are today. Eight one-hour episodes have been created for the series, but two will air as specials on The CW. The remaining six episodes will only be released on CW Seed.

The CW revealed more about the specials in a press release.

“The CW Network announced today a multiplatform special event with the brand new uplifting docuseries ALL AMERICAN STORIES, which will first make its world premiere as two one-hour specials airing on The CW. The first special will be broadcast on Monday, January 11, 2021 (8:00-9:00pm ET/PT) and will feature a special “sneak peek” of the upcoming third season of ALL AMERICAN, which premieres the following week on Monday, January 18 (8:00-9:00pm ET/PT). The second original ALL AMERICAN STORIES special will air Monday, February 1 (9:00-10:00pm ET/PT).

Following the broadcast debut of each special, the one-hour ALL AMERICAN STORIES specials will be available for streaming on The CW app and cwtv.com and presented as an 8-part docuseries on CW Seed, The CW’s digital network, all for free with no subscription, login or authentication required.

Co-hosted by acclaimed storyteller Yogi Roth and former NFL player Spencer Paysinger, whose life story serves as the inspiration for The CW’s hit series ALL AMERICAN, ALL AMERICAN STORIES profiles eight incredible athletes who overcame unimaginable obstacles in their relentless pursuit of greatness. Yogi Roth sits down with each athlete and as they share their story in a unique and powerful way, with additional insight and commentary provided by co-host Spencer Paysinger, who triumphed over his own obstacles to make it to the NFL.

Paysinger was named the unanimous league MVP while also garnering All-CIF accolades. After graduating from Beverly Hills High School, he accepted an athletic scholarship to the University of Oregon. He fulfilled his goal of playing seven seasons in the NFL and retired on New Year’s Eve in 2017 to pursue a career in writing and producing. A New York Times best-selling author, Pac-12 on air football analyst, producer/director and “adventureprenuer,” Roth has traveled and produced content in the world of sport for the last 20 years, which makes him uniquely suited for this documentary series.

What do you think? Are you planning to check out All American Stories on The CW or CW Seed?