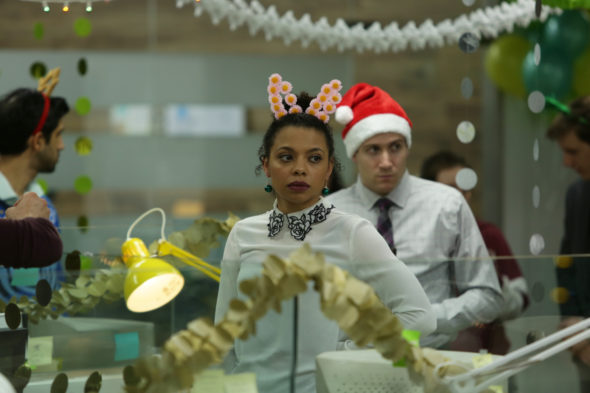 Will the horror continue? Has the Two Sentence Horror Stories TV show been cancelled or renewed for a second season on The CW? The television vulture is watching all the latest cancellation and renewal news, so this page is the place to track the status of Two Sentence Horror Stories, season two. Bookmark it, or subscribe for the latest updates. Remember, the television vulture is watching your shows. Are you?

Will The CW cancel or renew Two Sentence Horror Stories for season two? The ratings are very low, even for a CW summer series, so I suspect it will be cancelled. Having said that, this network relies less on ratings data than the other broadcast networks so anything could happen. I’ll update this page with breaking developments. Subscribe for free Two Sentence Horror Stories cancellation or renewal alerts.

What do you think? Are you glad that the Two Sentence Horror Stories TV show has been renewed for a third season? How would you feel if The CW cancelled this TV series, instead?

Pretty good horror show. Very low budget Im sure. I want a season 2. But if ratings are very very low, I may kiss the show goodbye.

Great show don’t cancel its awesome better as it went on !