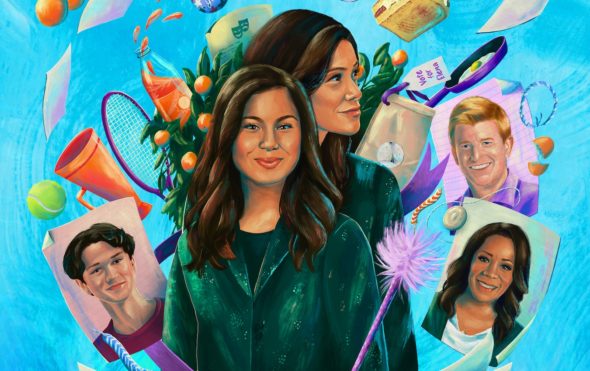 Is Elena a born leader? Has the Diary of a Future President TV show been cancelled or renewed for a third season on Disney+? The television vulture is watching all the latest cancellation and renewal news, so this page is the place to track the status of Diary of a Future President, season three. Bookmark it, or subscribe for the latest updates. Remember, the television vulture is watching your shows. Are you?

Streaming on the Disney+ subscription service, Diary of a Future President stars Tess Romero, Gina Rodriguez, Selenis Leyva, Charlie Bushnell, and Michael Weaver, with Jessica Marie Garcia, Carmina Garay, Sanai Victoria, Harmeet Pandey, Brandon Severs, and Nathan Arenas in recurring roles. A family comedy series, the TV show unfolds the origin story of a future leader. Told via the narration of the diary of Elena Cañero-Reed (Romero), a 12-year-old Cuban American girl, the series follows her journey through the ups and downs of middle school. This sets her on the path to becoming the president of the United States. Season two follows Elena as she enters seventh grade.

Unless they decide to publicize viewership, it is difficult to predict whether Disney+ will cancel or renew Diary of a Future President for season three. Since Disney+ isn’t ad-supported, it can take a chance on series it believes in and stories that need telling, but sooner or later it comes down to production costs, versus viewership numbers. This series fits well with the Disney brand so I’m thinking that it has a good chance of being renewed. I’ll keep my ears open and an eye out for news, and will update this page with breaking developments. Subscribe for free alerts on Diary of a Future President cancellation or renewal news.

12/14/21 update: Diary of a Future President has been cancelled by Disney+.

What do you think? Were you hoping that the Diary of a Future President TV show would be renewed for a third season? Are you sorry that Disney+ cancelled this TV series, instead?