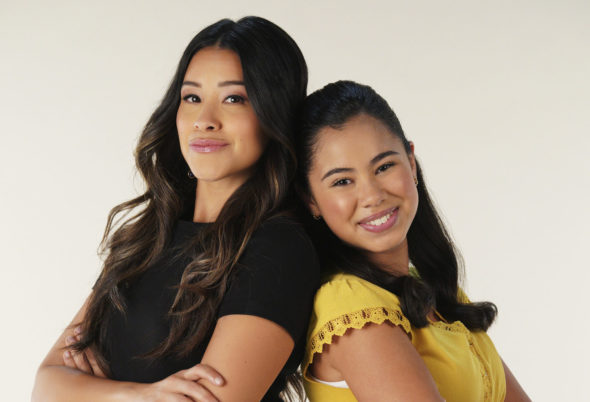 Diary of a Future President has come to an early end. It’s been revealed that Disney+ has cancelled the coming-of-age TV show so, there won’t be a third season. The second season of 10 episodes was released on August 18th.

A comedy-drama series, Diary of a Future President stars Tess Romero, Gina Rodriguez, Selenis Leyva, Charlie Bushnell, and Michael Weaver, with Jessica Marie Garcia, Carmina Garay, Sanai Victoria, Harmeet Pandey, Brandon Severs, and Nathan Arenas in recurring roles. The TV show unfolds the origin story of a future leader. Told via the narration of the diary of Elena Cañero-Reed (Romero), a 12-year-old Cuban American girl, the series follows her journey through the ups and downs of middle school. This sets her on the path to becoming the President of the United States. Season two follows Elena as she enters seventh grade.

The show is loosely based on the life of creator/executive producer Ilana Peña. She broke the news of the series’ cancellation via Twitter. Peña wrote “Just found out that #DiaryofaFuturePresident is not moving forward with a season 3 at Disney+. Of course, we would love to continue telling this story, but I am filled with so much gratitude for the 2 seasons that we did get to make. Thank you to our unbelievable cast, and incredible crew, and passionate fans that made it possible for us to bring the Cañero-Reed family to life (half of which we did during a global pandemic). There’s so much I want to say about how this experience changed me, but Elena would say it better. She said all of it better. I made this show for my younger self, and I hope I made her proud.”

ahh so sweet i love this and these people #diaryofafuturepresident https://t.co/O8WXkmkD1V

What do you think? Have you seen Diary of a Future President? Would you have watched season three on Disney+?

I cannot believe this. I am 12, and this is the only show I could watch with my 7 year old sister that I actually enjoyed. It was also the only kid show I could find with LGBTQ+ characters, which I was trying to find to show my sister that everyone is equal and its not bad to be LGBTQ+. They really should show more diversity in kids shows. I’m disgusted by our society. Children should not be taught to assume that every family has a mom and a dad, or that girls are supposed to like boys. Finally a… Read more »

This really sucks just stops it at the most important part of the show and can’t even see how things really end up with her and Joey or Emilio, and the four of them stay friends til the end. I mean come on Disney +

My wife and I watched this show with our daughter and were really looking forward to a 3rd season of the show. Very disappointed to find out it’s been canceled.