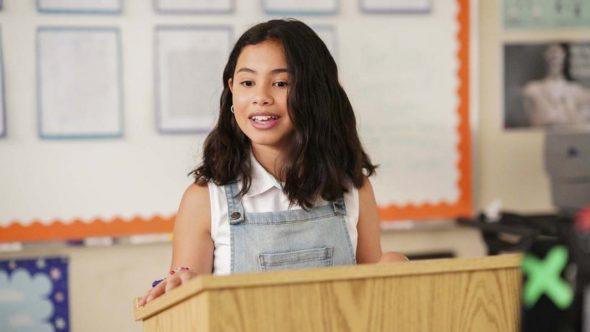 A Disney+ family comedy series, Diary of a Future President stars Tess Romero, Charlie Bushnell, Selenis Leyva, and Michael Weaver, with Gina Rodriguez and Jessica Marie Garcia in recurring roles. The TV show unfolds the origin story of a future leader. Told via the narration of the diary of Elena Cañero-Reed (Romero), a 12-year-old Cuban American girl, the series follows her journey through the ups and downs of middle school. This sets her on the path to becoming the president of the United States.

Amazing real life reality done with such humor and emotion. Makes you smile at exactly what we as adults have all experience looking back at our own lives and experiences. Amazing show Disney Plus Continue these into next season. A true gem With wonderful acting

Such a great and fun show! My family loves it. It deals with the real, everyday angst of a preteen and her drive to achieve is very inspirational.