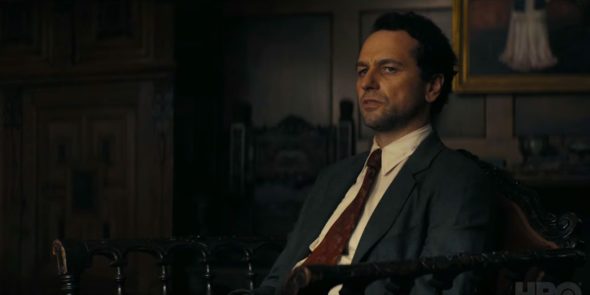 HBO revealed the following about the series in a press release.

“1931, Los Angeles. While the rest of the country struggles through the Great Depression, this city is booming! Oil! Olympic Games! Talking Pictures! Evangelical Fervor! And a child kidnapping gone very, very wrong. Based on characters created by author Erle Stanley Gardner, this drama series follows the origins of American fiction’s most legendary criminal defense lawyer, Perry Mason. When the case of the decade breaks down his door, Mason’s relentless pursuit of the truth reveals a fractured city and just maybe, a pathway to redemption for himself.”

The Perry Mason reboot premieres on June 21 at 9pm ET/PT.

What do you think? Will you check out this reboot series? Have you watched the original Perry Mason series?

I agree, It seems like the new shows are remakes of old shows. Nobody has an imagination going on with the new. Why not just say that he is …. ….. & start a new show. Like bringing back Magnum, Hawaii 5 0, & I love those shows, but why not have their own name to go on with.