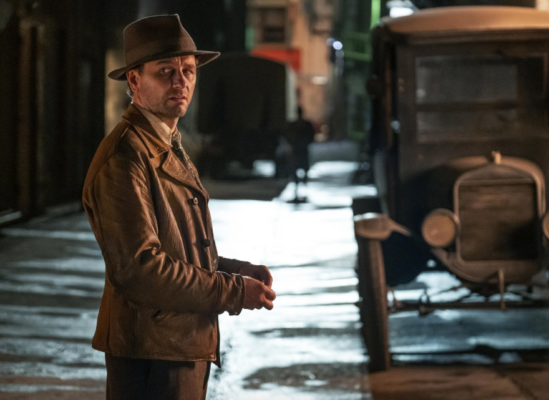 What’s in store for the new Perry Mason? HBO just released a new teaser for their upcoming TV show.

Based on the stories by Erle Stanley Gardner, the limited series will be set in the 1930s and focus on Perry Mason (Matthew Rhys) as “a low-rent private investigator haunted by his wartime experience in France and suffering from a broken marriage.” The cast also includes Tatiana Maslany, John Lithgow, Lili Taylor, Nate Corddry, and Veronica Falcon.

HBO has not yet announced a premiere date for Perry Mason, but you can check out the teaser trailer below:

Matthew Rhys can peek into my window any night of the week.

Update: HBO has announced that the series will launch June 21st.

1931, Los Angeles. While the rest of the country struggles through the Great Depression, this city is booming! Oil! Olympic Games! Talking Pictures! Evangelical Fervor! And a child kidnapping gone very, very wrong. Based on characters created by author Erle Stanley Gardner, this drama series follows the origins of American fiction’s most legendary criminal defense lawyer, Perry Mason. When the case of the decade breaks down his door, Mason’s relentless pursuit of the truth reveals a fractured city and just maybe, a pathway to redemption for himself.

What do you think? Are you a fan of the original Perry Mason series? Will you watch the HBO series?

Love Perry Mason, THE LAWYER. He was not a detective. I hate it when they turn characters into something they’re not. Just like the CW ruining Nancy Drew.