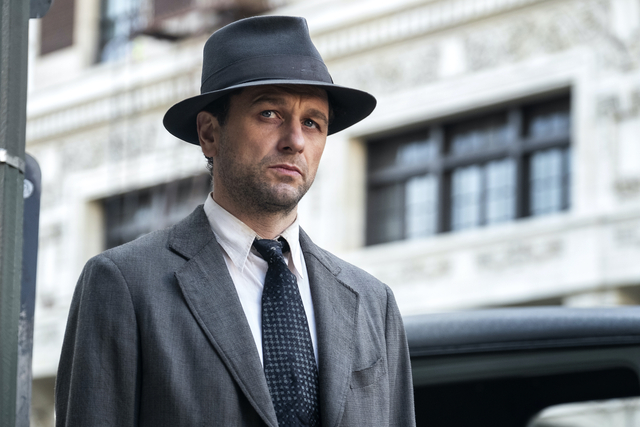 Detective Perry Mason is one step closer to becoming a legendary criminal defense attorney. HBO has renewed the Perry Mason TV show for a second season.

The Perry Mason TV show is a prequel that provides a reimagined origin story for the legendary lawyer. The show stars Matthew Rhys, Tatiana Maslany, Chris Chalk, John Lithgow, Shea Whigham, Juliet Rylance, Stephen Root, Gayle Rankin, Nate Corddry, Veronica Falcón, Jefferson Mays, Lili Taylor, Andrew Howard, Eric Lange, and Robert Patrick. Before he became an attorney, Perry Mason (Rhys) was a low-rent private investigator who lived check-to-check in the 1930s. He’s haunted by his wartime experiences in France and suffers the after-effects of a broken marriage. Mason is often employed by a struggling attorney named Elias Birchard “E.B.” Jonathan (Lithgow) who serves as a mentor and father figure to Mason. Della Street (Rylance) is Jonathan’s secretary who’s both creative and driven legal. Paul Drake (Chalk) is a beat cop with a knack for detective work. Pete Strickland (Whigham) is hired by Mason as an extra set of eyes on his various investigations. Meanwhile, Sister Alice McKeegan (Maslany) is the leader of the Radiant Assembly of God and preaches to a hungry congregation and a radio audience across the country.

The first season of Perry Mason averages a 0.08 rating in the 18-49 demographic and 836,000 viewers in Live+same day ratings. Four installments have aired and their are four episodes left in the season.

“It has been an exciting journey to work with the immensely talented team behind PERRY MASON,” said Orsi. “Viewers have relished being transported back in time to 1930’s Los Angeles each week, and we are thrilled to welcome the show back for a second season.”

PERRY MASON debuted as HBO’s most-watched series premiere in nearly two years. The first episode has now been seen by 8-million viewers. IndieWire referred to PERRY MASON as “one of the most beautiful series ever made,” and the Washington Post agreed that the “superb” show is “one of the best new shows of the summer.” Vulture described it as, “absorbing… gorgeous, gritty,” while People praised it as “terrific.” Vanity Fair found the first season “engrossing,” NPR called it “delightful,” and Time noted that “Matthew Rhys leads a stellar cast.”

What do you think? Have you been watching the first season of the Perry Mason prequel series? Will you be watching season two on HBO?

Yes, I will be watching Perry Mason. I still watch the old shows and
Season 1 of the updated show.

Yes I will be watching perry mason

This Perry Mason is amazing and pleasing. I love it, I love the cinematography, I love the noir and realism, it is so true and never breaks from the 1932 atmosphere. The expansive play of class, race, poverty, wealth, faith, injustice, religion, lawlessness, it has all of the elements needed for good drama and entertainment while giving us the foundation for what the building blocks were for the elder Mr. Mason who was idealized in old Hollywood. He’s a P.I. now, how does he become the composed and ever smooth talking lawyer in suits seen in black white? Don’t get… Read more »

I will be watching perry madon

No, will not be watching it. They completely trashed Perry Mason. Too bad could have been good.

Loved the first season! Glad it will return.

Absolutely love this show. Very glad it will be back!