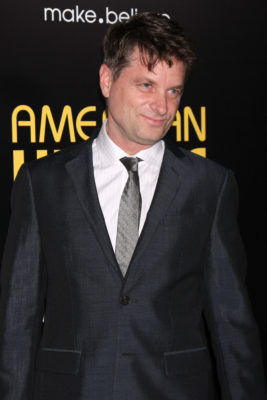 A reboot, the legal drama series will be set in the 1930s and focus on Perry Mason (Matthew Rhys) as “a low-rent private investigator haunted by his wartime experience in France and suffering from a broken marriage.” The cast also includes Tatiana Maslany, John Lithgow, Lili Taylor, Nate Corddry, and Veronica Falcon.

On Perry Mason, Whigham will be playing “Pete Strickland, who is hired by Mason ‘as an extra set of eyes on his various investigations (some less than savory).'” Meanwhile, Chalk has been cast as “Paul Drake, a beat cop with a knack for detective work who is described as ‘an outlier, with the added challenge of having to navigate an extremely race-conscious city and a downright oppressive police department.'”

HBO has not yet announced a premiere date for Perry Mason.

I watched the original series my whole life (multiple times) and read every book.
The time period is stupid and couldn’t HBO get better actors.Already 2 strikes.
Gregg Aylward

Very bad idea just using the name of Perry Mason to front a new show. Raymond Burr was the epitome of the famous lawyer . No one will ever replace him-he was perfect and over 50 years later still embodies the role. Hope it fades quickly.

It will never be the same!

Watch the original most days. Hoping this new take will not destroy the integrity of the original. The 50’s shows have the morality that’s missing in our day.

Why not just put another name on it? The original was beyond great and the new one looks like every other dumb cop show that’s ripping off some movie.
With so many writers out there, can’t they come up with something original?
Thank u for your time.

I loved the old Perry Mason. I won’t be watching this. Doesn’t sound like Perry Mason at all. Detective instead of attorney?

I will watch to see if it’s any good but I think they should not have used the PM name if they are changing his character. It’s not really a reboot if it;s not the same character/show. Maybe it’s just to bring in us older people who watched the original? But then OTOH – they only care about the 18-39 demographics.