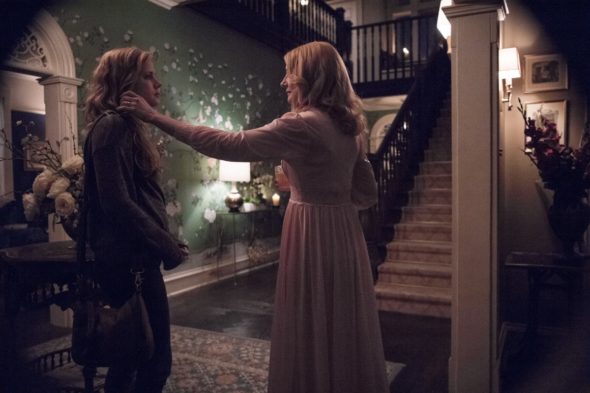 “I’m not scared of them ghosts. Are you?” HBO has announced the release date of its new Sharp Objects TV show from Marti Noxon, based on the Gillian Flynn novel of the same name. Watch the official teaser trailer, below. Sharp Objects season one debuts on HBO, Sunday, July 8, 2018 at 9:00pm ET/PT.

Based on the bestselling novel of the same name by Gillian Flynn, SHARP OBJECTS stars Amy Adams as reporter Camille Preaker, who returns to her small hometown to cover the murder of a preteen girl and the disappearance of another. Trying to put together a psychological puzzle from her past, she finds herself identifying with the young victims a bit too closely.

What do you think? Have you read the novel? Do you plan to watch the Sharp Objects TV series premiere on HBO? Let us know.

Amy Adams can hardly do no wrong, so will watch just because of the draw that is her.