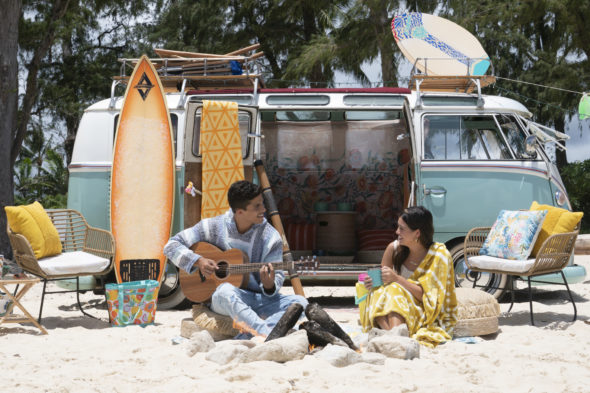 Doogie Kamealoha MD has wrapped its first season on Disney+, and viewers are waiting to see if the reboot series will return for a second season. The series has not been renewed yet, but the developer of the show is hopeful that it will be brought back for more.

The reboot stars Peyton Elizabeth Lee, Kathleen Rose Perkins, Jason Scott Lee, Matthew Sato, Wes Tian, Emma Meisel, Mapuana Makia, and Jeffrey Bowyer-Chapman with Alex Aiono and Ronny Chieng in recurring roles. Set in modern-day Hawai’i, the story follows Lahela “Doogie” Kamealoha (Peyton Elizabeth Lee), a 16-year-old prodigy who juggles a budding medical career with life as a teenager. With the support of her caring and comical ‘ohana (family) and friends, Lahela is determined to make the most of her teenage years and forge her own path.

Executive producer Kourtney Kang spoke about the possibility of a second season of Doogie Kamealoha, MD on the streaming service, per TV Insider:

“We hope to do many more seasons, and this was in hopes of setting us up for that. But I think what you’re responding to as well is we wanted to tie the first season up in a bow. To us, it’s really been about Lahela’s independence and her as a young woman figuring out who she is. My hope is that it’s a relatable struggle, even for the adults watching, because we’re all trying to manage our time and our relationships and work-life and figuring those things out. The season started with her mad that Mom won’t give her the car and then it ends with her really stepping into her own independence and really figuring out who she is.”

If the Disney+ series is renewed, Kang is hoping that the original Doogie, Neil Patrick Harris, will come to Hawaii to make an appearance on the series. In the new show, the young doctor was nicknamed “Doogie” because of the original Doogie Howser, MD series.

What do you think? Do you want to see another season of Doogie Kamealoha MD on Disney+?

My ten year old and I absolutely love this show!!! Such good storyline and messages and completely relatable for me as a parent. I also love all the good throwback vibes since I loved the original doogie howser.

I hope that Disney Plus decides to do season 2 and even more seasons. This is a great show and very refreshing to watch with no violence.Loe the show and the cast is great.

Great series and I hope it has a season 2. This rendition of the original Doogie Howser is much more relatable to my children. My family of 5 always looks forward to our weekly Dr. Kamealoha and all of her Ohana.

It’s such a great show! Loved the original but have truly loved this more…tv at its finest without sex, drugs or violence!!!

I really enjoy watching the series, Disney TV and movies were a part of my childhood, hope for a renewal of a great show.

Me and my daughter watch it and we love it. I hope it is brought back for many more seasons

Yes I love that show the whole family loves it to.

I watched the whole show because I was a fan of Andi Mack and I have to say the pacing of the show and the tone was all over the place. I wished this show would be more drama with a slice of family like Boy Meets World or The Fosters it needs to pick a lane and stick to it.

I really wish they would start making these remakes of old TV series and try to come up with some new concepts. Instead of doing the same rehashes shows 20 or 30 years ago it’s getting tiresome. It’s going to get to the point where many people are going to stop watching TV programming because of the garbage that’s on these days. I really hope they get their act together