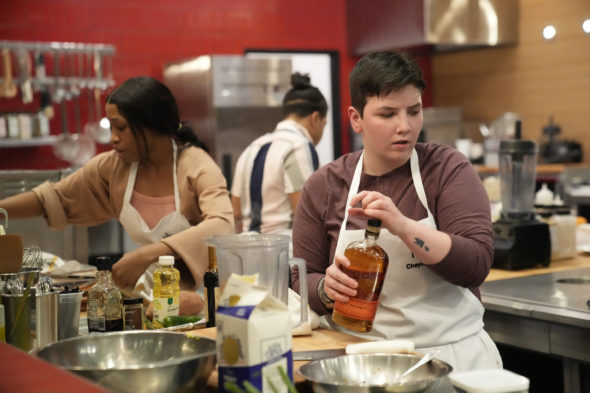 Chef Ramsay isn’t letting up in the 21st season of FOX’s Hell’s Kitchen TV show. As we all know, Nielsen ratings typically play a big role in determining whether a TV show like Hell’s Kitchen is cancelled or renewed for season 22. Unfortunately, most of us do not live in Nielsen households. Because many viewers feel frustrated when their viewing habits and opinions aren’t considered, we invite you to rate all of the 21st season episodes of Hell’s Kitchen here.

A FOX culinary competition series, the Hell’s Kitchen TV show is hosted by Chef Gordon Ramsay. The 21st season returns to Los Angeles. For the first time, well-seasoned 40-year-olds battle against fresh up-and-coming 20-somethings. The competition is fierce, as each team is put through rigorous culinary challenges, featuring high-stakes rewards and punishments, all with age-defying bragging rights on the line. Only those who possess the right combination of ingredients will continue in the competition until one is named the winner. At stake is a life-changing grand prize, including a Head Chef position, a cash prize of $250,000, and the coveted title of Hell’s Kitchen winner.

What do you think? Which season 21 episodes of the Hell’s Kitchen TV series do you rate as wonderful, terrible, or somewhere between? Are you glad that Hell’s Kitchen has been renewed for a 22nd season on FOX?