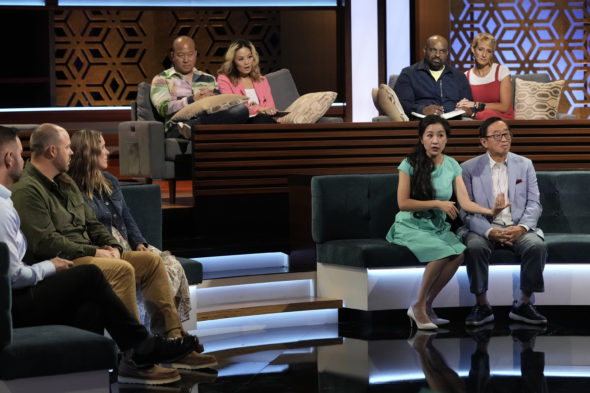 Many different parenting styles and beliefs are explored in the first season of The Parent Test TV show on ABC. As we all know, Nielsen ratings typically play a big role in determining whether a TV show like The Parent Test is cancelled or renewed for season two. Unfortunately, most of us do not live in Nielsen households. Because many viewers feel frustrated when their viewing habits and opinions aren’t considered, we invite you to rate all of the first season episodes of The Parent Test here.

An ABC documentary-style reality show, The Parent Test TV series is based on a popular Australian program. Episodes explore the many distinct and different parenting styles. From helicopter to child-led parents, 12 families are put under the microscope in the ultimate parenting stress test and will share what they’ve learned about emotional hot-button topics that compare the multiple styles of parenting. The families are put through various situations to foster conversations about how each unit operates. Host Ali Wentworth and parenting expert Dr. Adolph Brown moderate these impassioned conversations amongst parents who may have conflicting opinions on how to raise their families, but they all share the common goal of raising happy, healthy children.

I think discussions about how each parenting styles handles situations are appropriate. I extremely agree with the routine family in saying senerios are not appropriate.

I DEFINITELY DO NOT BELIEVE THAT VOTING ON WHAT PARENTING STYLES (EVEN WITH THE SENERIOS) IS. OT APPROPRIATE, NOT FAIR, AND EVERYTHING OF THAT SORT!!!!!! THIS IS NOT A RELATITY SHOW (LIKE Dwts or the BACHELOR, ABC!!!!!!!!!!

I think the show is interesting but I did have any issue with the whole “stranger danger” episode. In many cases, the children actually know or are at the very least acquaintances of people who are mostly likely to hurt them. People from church, coaches, relatives, friends of the family and other people that they come in contact on a regular basis. I would like to know how each style of parents would address that issue with their children.

I thought it was a great episode and to have so many different types of families is perfect because no one family is the same as the next! I don’t see an episode 2 coming anytime soon, when will they show more?