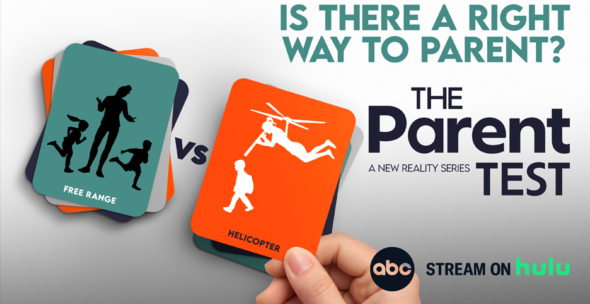 ABC has introduced several different docu-style shows in recent years but few have drawn big enough ratings to get asked back for another round. Will The Parent Test be cancelled or renewed for season two? Stay tuned.

A discussion-style reality show, The Parent Test TV series is based on a popular Australian program. Episodes explore the many distinct and different parenting styles. From helicopter to child-led parents, 12 families are put under the microscope in the ultimate parenting stress test and will share what they’ve learned about emotional hot-button topics that compare the multiple styles of parenting. The families are put through various situations to foster conversations about how each unit operates. Host Ali Wentworth and parenting expert Dr. Adolph Brown moderate these impassioned conversations amongst parents who may have conflicting opinions on how to raise their families, but they all share the common goal of raising happy, healthy children.

2/3 update: You can see the latest night’s ratings in context.

What do you think? Do you like the The Parent Test TV series on ABC? Should it be cancelled or renewed for a second season?