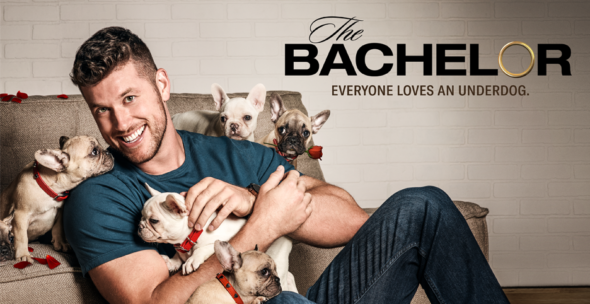 Many ABC shows have come and gone over the past two decades but The Bachelor has remained. The series continues to be one of the network’s highest-rated series. Could The Bachelor be cancelled or is it sure to be renewed for season 27? Stay tuned.  *Status Update Below.

A dating reality series, The Bachelor TV show is hosted by former Bachelor and professional football player Jesse Palmer. Season 26 follows Clayton Echard as he meets, courts, and weeds out 31 potential “soul mates” in his quest for “true love.” A 28-year-old medical sales representative from Eureka in Missouri, Echard was previously cast in the 18th season of The Bachelorette. After a season away, filming returns to the Villa de la Vina mansion, aka The Bachelor Mansion.

3/16 update: You can see the latest night’s ratings in context.

What do you think? Do you like The Bachelor TV series on ABC? Should it be cancelled or renewed for a 27th season?

The day they fired Chris Harrison is the day I stopped waatching thiss show and I will never watch tt again.

I have not watched The bachelor/bachelorette since Chris Harrison was fired. I was a faithful viewer from the beginning and watched all episodes up until that point. I feel ABC blew what was said out of proportion and will not be watching it supporting this series anymore.

I think it should be canceled it is going downhill every season!!! This season with Clayton is ridiculous!! Falling in love with 3 women!!! He’s issues!!!

Clayton, the worst Bachelor since show started. He deserves the outcome. Personally I think your show ratings dropped with the loss of Chris and now with the quality of this bachelor, Clayton. I’m losing interest.

I loved it! Jesse Palmer is a great host. Just like Chris Harrison was. Clayton so far seems to be a good Bachelor. Not his fault that 2 woman went home on first night. Glad they are back in the Bachelor mansion. Feels like old times. Please renew it!