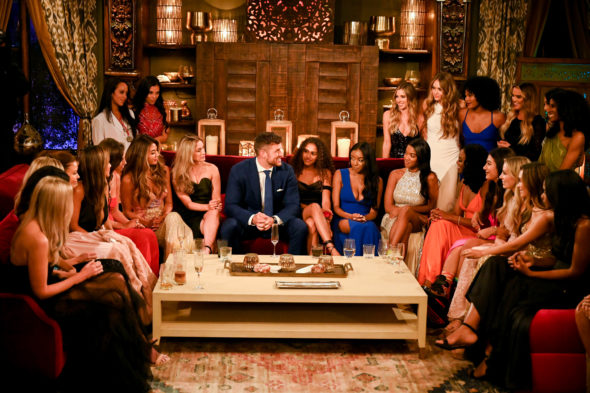 Will Clayton Echard find true love in the 26th season of The Bachelor TV show on ABC? As we all know, the Nielsen ratings typically play a big role in determining whether a TV show like The Bachelor is cancelled or renewed for season 27. Unfortunately, most of us do not live in Nielsen households. Because many viewers feel frustrated when their viewing habits and opinions aren’t considered, we invite you to rate all of the 26th season episodes of The Bachelor here.

An ABC dating reality series, The Bachelor TV show is hosted by former Bachelor and professional football player Jesse Palmer. Season 26 follows Clayton Echard as he meets, courts, and weeds out 31 potential “soul mates” in his quest for “true love.” A 28-year-old medical sales representative from Eureka in Missouri, Echard was previously cast in the 18th season of The Bachelorette. After a season away, filming returns to the Villa de la Vina mansion, aka The Bachelor Mansion.

What do you think? Which season 26 episodes of The Bachelor TV series do you rate as wonderful, terrible, or somewhere between? Do you think that The Bachelor should be cancelled or renewed for a 27th season on ABC? Don’t forget to vote, and share your thoughts, below.

I watch because quite frankly, nothing else is on, but I know it’s going to be just like all of them….fighting, crying,

I do not like the show at all anymore