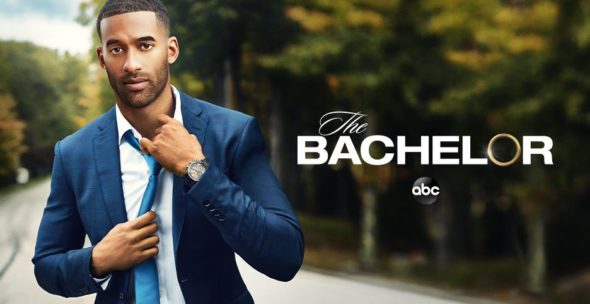 The ratings for The Bachelor TV show have been inching downward for years but the series has remained the highest-rated unscripted show on the network. Will the numbers rise for this anniversary season or, will they continue to drop? Could The Bachelor possibly be cancelled or is it a safe bet to be renewed for season 26? Stay tuned.  *Status Update Below.

Airing predominantly on Monday nights, The Bachelor is hosted by Chris Harrison. Season 25 follows Matt James as he meets, courts, and weeds out 32 potential “soul mates” in his quest for “true love.” A 28-year-old real estate broker, entrepreneur, and community organization founder from Raleigh, North Carolina, James was cast in the 16th season of The Bachelorette. When production on that season was delayed, he was chosen to be the first Black male lead for the anniversary season of The Bachelor. Due to the pandemic, much of the season has been filmed at a luxury resort in Farmington, Pennsylvania.

What do you think? Do you like The Bachelor TV series on ABC? Should it be cancelled or renewed for a 26th season?

We stopped watching several seasons ago. Too FAKE. A bunch of wannabes acting like spoiled brats. Without Chris the show will be even worse.

The Bachelor franchise is Chris Harrison. Personally I don’t see it succeeding without him.

This season & Rachel Lindsay have made the show into a circus. After watching it since day 1, I think the only alternative is to cancel it!