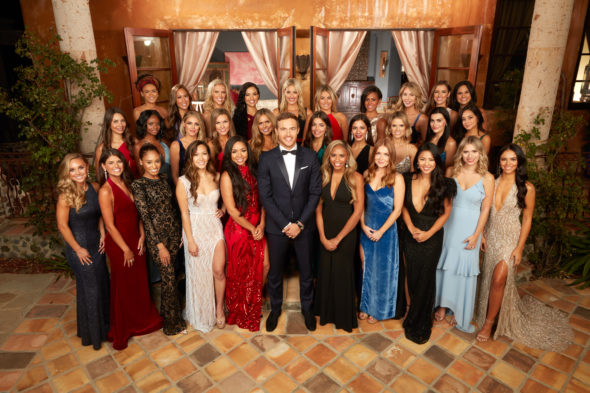 The ratings for this reality show have dropped quite a bit over the years but The Bachelor has remained one of ABC’s highest-rated shows. Could The Bachelor be cancelled this time around or, is it all but guaranteed to be renewed for season 25? Stay tuned. *Status update below.

A dating reality TV series on the ABC television network, The Bachelor is hosted by Chris Harrison. Season 24 follows 28-year-old airline pilot Peter Weber, as he meets, courts, and weeds out 30 potential “soul mates” in his quest for “true love.” Weber previously competed during the 15th season of The Bachelorette where Hannah Brown ended their relationship. His journey will continue internationally and take Weber to Costa Rica, Chile, Peru. and beyond. Will Weber open his heart and find the woman of his dreams who will love him back? Guests this time around include country singer Chase Rice, fashion expert Carson Kressley, model Janice Dickinson, Bachelor in Paradise’s Demi Burnett, and comic actor Fred Willard.

3/11 update: You can see the latest night’s ratings in context.

What do you think? Do you like The Bachelor TV series on ABC? Should it be cancelled or renewed for a 25th season?

I know I’m among the few that doesn’t watch “The Bachelor” and “The Bachelorette”. I think it is one of the dumbest shows on TV and definitely shouldn’t be shown during the eight o’clock hour when kids are watching! It’s the same old thing every time it’s on. I hope it has had it’s ‘last stand’!!