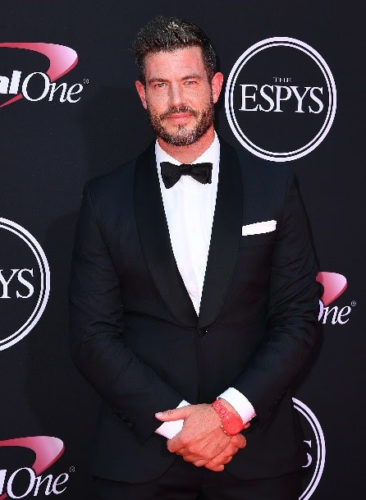 Another single man will have a chance to find love — while millions of people watch. ABC has officially renewed The Bachelor TV show for a 26th season which will air in early 2022.

NFL veteran Jesse Palmer, who was at the center of the reality series in its fifth season in 2004, will take over as host of The Bachelor. Palmer has also been signed by ESPN to continue as a studio analyst for the 2021-22 college football season.

Here’s ABC’s announcement about Palmer’s role as host of The Bachelor:

The Former Bachelor, NFL Veteran and Seasoned TV Personality Will Step Into the Role for the Upcoming Season Airing in 2022

Jesse Palmer, who served as the fifth Bachelor in 2004, will take the reins as host for the upcoming season of “The Bachelor,” set to air in early 2022. Palmer will step in to guide the latest Bachelor as he embarks on his journey to find love. An ESPN analyst since 2007, Palmer has signed an extension and will continue his studio role with the network during the 2021-2022 college football season, ESPN announced today.

“For more than 20 years, ‘The Bachelor’ has brought the world dozens of unforgettable love stories, including at one time, my own,” said Jesse Palmer. “Falling in love is one of life’s greatest gifts, and I am humbled by the opportunity to return to the show as host this season to offer the newest Bachelor advice gained from firsthand experience and I am grateful to play a small part in his journey.”

In 2004, Jesse Palmer was the franchise’s own Bachelor, serving as leading man for its fifth season. Also within “The Bachelor” franchise family, he hosted ABC’s “The Proposal” from Warner Horizon and Next Entertainment. Previously, Palmer was a special contributor for ABC’s “Good Morning America” as well as a contributor across all ABC News platforms, primarily focusing on major stories as well as news of the day and signature live events. Adding to his storied history with The Walt Disney Company, Palmer has hosted several iterations of ABC’s Disney Parks’ holiday specials, has a leading role in ABC’s presentation of the NFL Draft, and has been a part of the ESPN family since joining in 2007 after five seasons in the NFL. He also served as host of the Emmy® Award-winning “DailyMail TV” and most recently hosted ABC’s “The Ultimate Surfer.”

“The Bachelor” is a production of Next Entertainment and Warner Bros. Unscripted Television in association with Warner Horizon.

What do you think? Do you enjoy watching this dating reality show? Will you be watching season 26 of The Bachelor when it airs on ABC? Is Palmer a good choice to host the show?